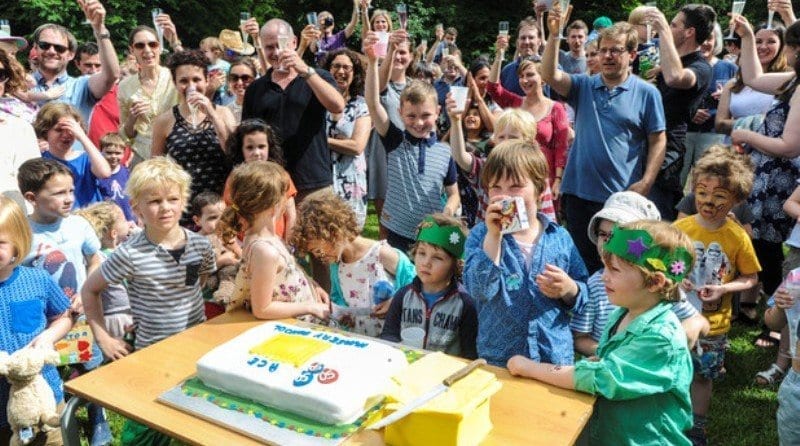 ACE Nurseries, based in Cambridge, celebrated a huge milestone with their 50th birthday party on Saturday. It was organised by parents and held at Wandlebury Country Park.

The nursery was founded in 1966 and is run as a parent’s co-operative, whereby the parents of the children who attend help to run all aspects of the setting. Parents help in different ways, from buying groceries to providing legal advice.

For the celebration, parents brought food, ran a barbecue and organised activities for the younger children.

Headteacher Lisa Tuohy gave a speech to thank those who had supported the nursery, including Cambridge University college Peterhouse, which has been the nursery’s landlord for half a century.

The nursery’s financial administrator Sarah Ransome said: “It was a really lovely atmosphere and so nice to see some of the older children.”

The nursery, which also set up a second setting 12 years ago, currently has around 60 pupils. Ms Ransome estimated that in the 50 years ACE Nurseries has been founded, around 2,000 children have attended their childcare settings.

She said that the co-operative model has contributed to the success of the nursery, meaning they could keep session fees ‘sensible’.

Ms Tuohy said: “The parent co-operative at ACE works for everyone, not least the children who are so very proud when their parents have given us their time and help.”