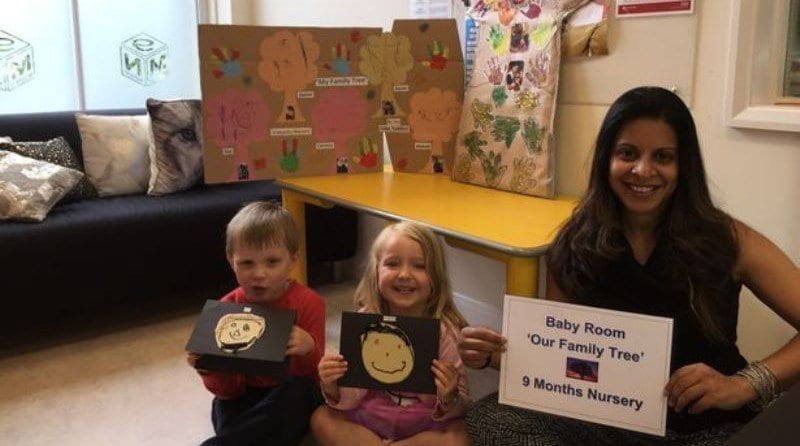 Tas Ramji, a Hounslow nursery owner, has warned that parents’ obsession with testing their children’s numeracy and literacy from a young age is stunting their creativity.

The statement comes in the wake of this year’s protests about the introduction of SATs for pupils as young as six.

Ms Ramji says that, with parents desperate to get their children into the best schools, the pressure to succeed starts even earlier.

"Too often parents don't value what children do at nursery other than whether they're able to read and write by the time they get to school age,” she said.

“Many independent schools say they will assess your child at the age of four, and parents fly into a panic.

"A lot of those schools insist on children being able to write their own name by the age of four, but not every child is ready for that.

"There's lots of evidence to show children develop at their own rate up till the age of seven, so to test a child at four is absolutely ridiculous."

To highlight the importance of allowing children to express themselves creatively - instead of being obsessed with testing numeracy and literacy - Ms Ramji teamed up with other local settings to put on a free exhibition of artwork from their children.

The exhibition was held on June 19 at the Study Base in Osterly Park, with 150 families attending the event. Ms Tamji said:

"Creativity is the freest form of self-expression. There is nothing more satisfying and fulfilling for children than to be able to express themselves openly and without judgment.

"The ability to be creative, to create something from personal feelings and experiences, can reflect and nurture children's emotional health.

"The experiences children have during their first years of life can significantly enhance the development of their creativity.

"Why is it then, that only numeracy and literacy are so strongly tracked and assessed even in the early years?

"We organised the exhibition to celebrate our children's expressions through their art and to encourage parents to support their children's creative development."