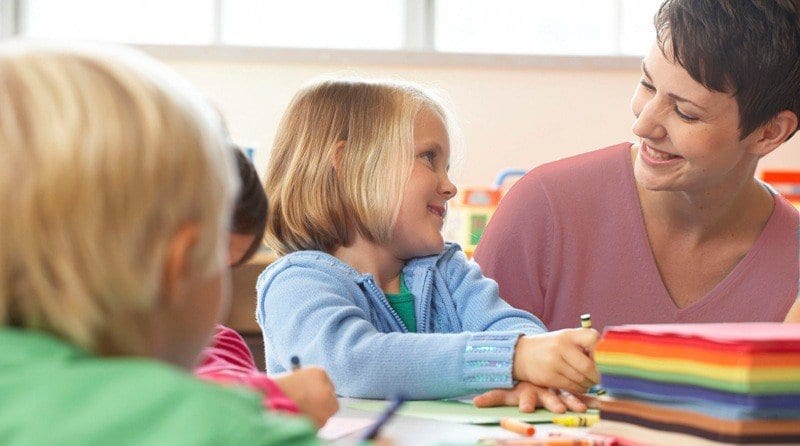 Further education colleges have seen a significant drop in the number of Level 3 Early Years Educator students, with the GCSE maths requirement being blamed as a key reason for the decrease in learners.

A survey by PACEY of 75 leaders at further education colleges across England has revealed that 73% of respondents are in support of scrapping the GCSE requirements for the Level 3 EYE qualifications in favour of functional skills equivalents.

The survey was carried out to provide the Department for Education with information on the impact that GCSE requirements were having on the number of learners qualifying as Early Years Educators.

90% of respondents to the survey believed that more Level 3 learners would gain their EYE qualification if functional skills equivalents were allowed.

Data from the survey also revealed that 72% of respondents had reported that the number of students enrolled on Level 3 EYE courses had fallen in 2015-16 in comparison to the previous year.

The survey results come as childcare minister Sam Gyimah promised to review GCSE requirements at Level 3 during the NDNA annual conference. During his speech, he said that “the most common issue in terms of attracting staff at Level 2 and 3 is the introduction of the GCSE requirement.”

The chief executive of PACEY, Liz Bayram, said: “We want the review to be quick and the issue of functional skills to be finally on the agenda.”

She added, “What we’re picking up is that lots of people are stuck at Level 2 and can’t progress.

“Having GCSEs as an arbitrary measure of success just isn’t working. There’s a very clear drop-off in numbers taking EYE – it will affect the 30 hours. From our point of view, many settings will be struggling to offer the 30 hours.”

The GCSE rules were brought in on 1 September 2014, which means that there is now a significant amount of data which confirms a major reduction in learners being able to progress and start their Level 3 EYE qualifications.