Three-year-old walks out of nursery unnoticed 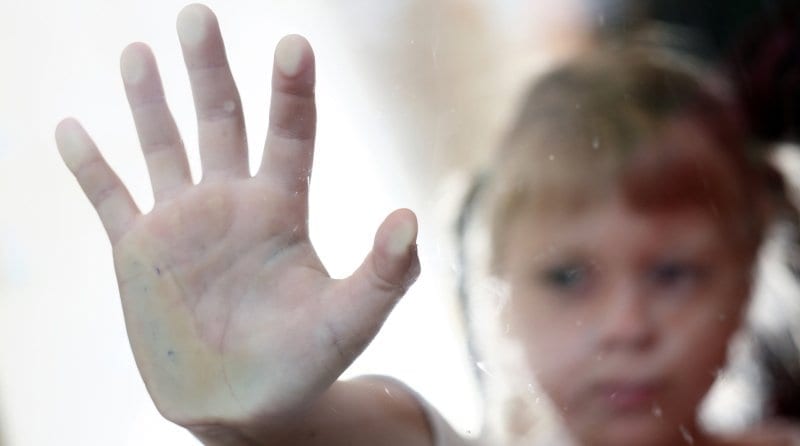 A three-year-old boy was found wandering the streets alone in just a t-shirt and nappy after he walked out of his nursery without staff realising.

On August 5, the toddler managed to leave the nursery for about 20 minutes without staff knowing he had gone. He was later found close to Catmose Nursery in Oakham by a passer-by and taken to a local police station.

Joseph Kemp’s parents – Mark and Sheena – were only told of the toddler’s disappearance when they came to collect him from the nursery later that day.

Sheena said: “I went to collect Joseph from nursery on the Friday afternoon and when I arrived there was a police car there.

“I was met by two members of staff who explained he had gone missing. I don’t know how I managed to stay stood up – my heart was racing. I was in shock.

“They said he’d been found by a lady on Balmoral Road and taken to the police station. He was still there at that time.

“They claimed they had tried to ring me, but I had not received any calls.”

She added: “All sorts of scenarios were going through my head.

“I was picturing all the what ifs and what could have happened. It was horrific.”

Mark Kemp, the boy’s father, is now seeking an apology from the Rutland and District Schools’ Federation which runs the nursery. He said: “I want to know why security measures were not in place, and exactly how long he was out for.

“Fortunately Joseph doesn’t seem affected by what happened because he is so young, but it has really shaken the rest of the family up.”

Joseph has since been moved by his parents to a new nursery.

Following notification of the incident, Ofsted launched an investigation and carried out an unannounced visit to the nursery on August 8. A report states:

“We found that the provider had failed to secure the premises as playground and exterior gates had been left open allowing an unaccompanied child to leave the setting.

“Poor supervision meant that no one had seen the child leave the premises and no -one had noticed that they were missing for a significant period of time.

“As a result we served a welfare requirements notice which required the provider to ensure that children do not leave the premises unsupervised and that they are adequately supervised at all times.”

Two days later, a follow-up inspection by Ofsted confirmed that action had been taken to secure the nursery’s perimeter. However, concerns were raised that the nursery had failed to follow correct procedures by not immediately notifying police and the child’s parents that he was missing.

After carrying out a further visit on August 22, Ofsted found that action had been taken to meet the welfare requirements notice previously put in place.

Executive principal of the Rutland and District Schools’ Federation, Stuart Williams, said staff were ‘devastated’ by the incident and that measures were being taken to ensure a similar incident could never happen again.