Nursery group manages to raise over £100,000 for more than 50 different charities 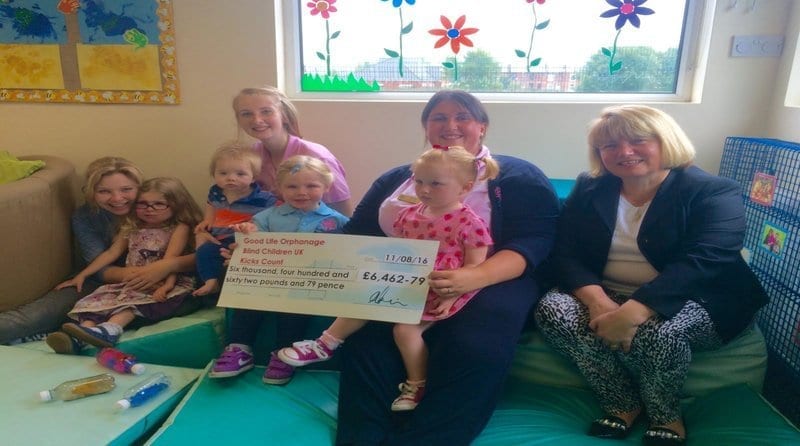 A nursery group in Greater Manchester has managed to raise more than £100,000 for charity.

The Mulberry Bush Nursery Group has five nurseries and most recently managed to raise £6,462 through their annual charity week back in May.

Although the group have donated to more than 50 different charities since fundraising begin in 1990, the results of this year’s efforts were split between three charities which all have significant meaning to the nursery.

The first was Blind Children UK after one of the children at the Whitefield branch of the group experienced a terrible eye infection which threatened her sight, thankfully the three-year-old went on to make a full recovery.

The second worthy cause was The Good Life Orphanage, which provides a safe and secure home for orphaned and abandoned children in Kenya.  Each of the nurseries across Bury, Tottington, Whitefield, Walshaw and Walmersley also sponsor a child within the orphanage.

The third charity was Kicks Count, which empowers women with knowledge and confidence throughout the duration of their pregnancies. The charity has been a great support to several members of the Mulberry Bush team.

Director at the nursery, Paul Robinson, said: “We are very proud to support three such amazing charities who are all very meaningful for us all here at Mulberry Bush. Our children and team had a great time dressing up in a variety of patterns whilst helping those less fortunate than themselves.”

The nursery held a special presentation ceremony to hand over cheques to representatives of The Good Life Orphanage and Blind Children UK.