It is time for new government to rethink old promises for 30 ‘free’ hours? 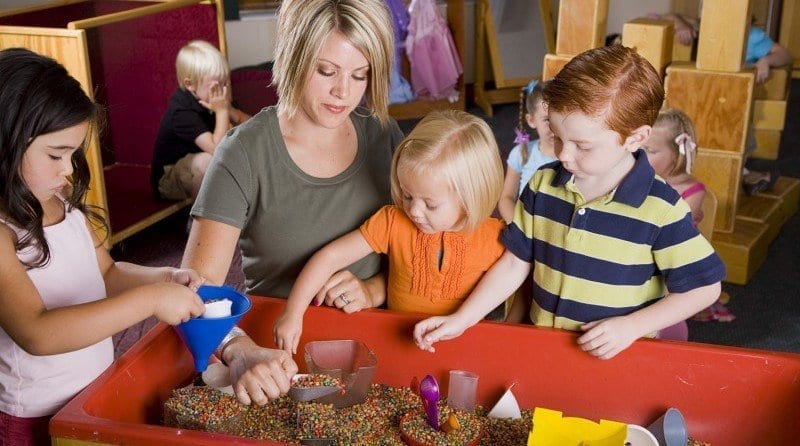 National Day Nurseries Association (NDNA) today warns that the Government’s 30 “free” hours childcare promise will not add up unless nurseries are allowed to charge for lunches and other essentials.

Provisional hourly rates for childcare providers, published by the Department for Education last month, fall short of the true cost in many geographical areas, says NDNA.

“30 free hours was first mooted as a Conservative Party general election pledge early last year. There has been extensive pubic consultation since then, a new prime minister and new ministers.

“At every point, NDNA has warned that 30 free hours can work only if the funding is sufficient.

“Now it’s becoming clear that with tight public finances, investment is falling short and that many nurseries will face bigger losses on ‘free’ places that must be made up in parental fees elsewhere.

“The danger is that they will opt out of the scheme and families will be disappointed when they cannot find the places that the Government has promised them.”

From September 2017 all three and four-year-olds of working parents who earn under £100,000 per year will be entitled to 30 free hours’ childcare and education in England, double the current 15. Pilots in several local authority areas are now under way to test implementation ahead of full roll-out.

Mrs Tanuku continued: “NDNA believes that 30 free hours can work only in all local authority areas if childcare providers are allowed flexibility in charging for essential extras such as food, or additional activities such as language or dance sessions, and over how many hours of the nursery day they can offer as ‘free’.

“We need to stop thinking about these hours as ‘free’ and refer to them as ‘funded’.

Most children of working parents attend nursery for up to 10 hours each day. Nurseries could be allowed to offer, for example, seven funded hours per day and three paid-for at a more realistic rate.

“That could be the difference between success and closure for a nursery. Parents, in receipt of Tax Free Childcare, would still make a huge saving and the nursery would be able to balance its books.”

NDNA’s own consultation with early implementers and other members, including large nursery chains, points to charging for add-ons as the practical way forward.

Mrs Tanuku said: “We appreciate that the Government does not have unlimited money and we are calling for a rethink on the flexibility offered to childcare providers.

“The provisional hourly rates are lower than the sector had hoped and in some cases, less than nurseries already receive. It is also clear that with funding front-loaded in the first year, the rates will not keep up with inflation and increasing pay roll costs linked to National Living Wage- set to rise ahead of inflation up to 2020.

“Many nurseries are now looking towards paid-for essentials as the way forward, and NDNA is calling for a new clarity that funding is for childcare only and nothing else.

“Anything over and above a basic childcare offer should be chargeable.”

NDNA’s Annual Nursery Survey 2016 shows that 89% of private, voluntary and independent nurseries have to absorb a shortfall in current 15 free hours funding, averaging £1.68 per hour, per child.

While most providers can expect uplifts in funding, the increases are too small to meet this funding gap, with a national average increase of about 60p per hour.

Mrs Tanuku added: “In order to meet demand, nursery owners should be recruiting more staff rather than facing the threat of closure. They must have the confidence that this policy is going to work for them as well as for families so that enough providers opt in to make this successful.

“If it is successful, the outcome will be sunny for children, the nursery sector, parents and employers alike. Let’s stay optimistic and work together to find the best solution.”

NDNA has today submitted a response to the Department for Education’s consultation on the Early Years National Funding Formula.

The document outlines its members’ concerns and suggests the following options for resolving the shortfall in funding: