Hundreds of nursery schools will close if 30 hour offer goes ahead, union warns 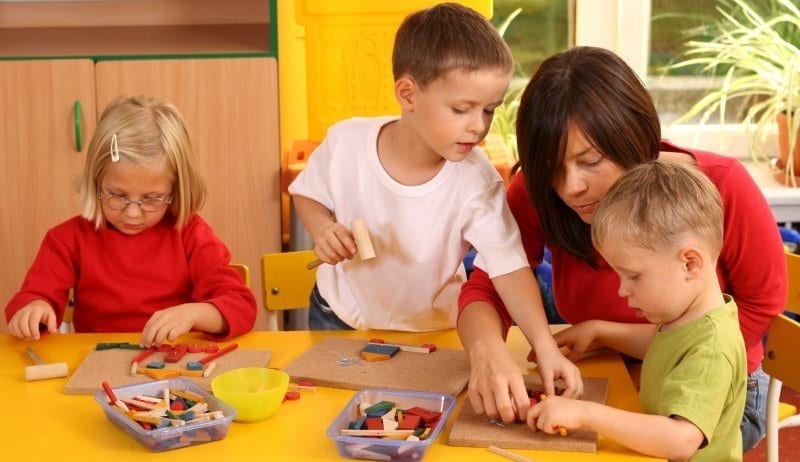 The National Association of Head Teachers has issued a stark warning that many nursery schools will not be able to survive cuts in funding when a planned 2 year support package from the taxpayer ends.

In 2017, the Government plans to double the current 15 hour ‘free’ childcare offering for three and four year olds during term time.

However, the NAHT recently carried out a survey with charity Early Education and found that local authorities with the highest number of nurseries would see huge cuts in funding if these plans are pushed forward by the Government.

Under the current plans, the Government has promised an extra £55m for nursery schools for two years, but it is not clear how this will work.

There are approximately 400 maintained nursery schools in England, and many of these will see their funding cut by more than half. 65 per cent of these are located in 30 of the most deprived areas in the country.

The areas which would be worst affected include Birmingham, Lancashire and Hertfordshire:

The NAHT has stated that these nursery schools will not be able to afford to stay open unless extra funding is provided on an ongoing basis.

However, these findings have generated controversy across the sector, as it is widely acknowledged that private sector (PVI) nurseries are already subsisting on funding rates which are considerably less than that received by maintained nursery schools.

Russell Hobby, NAHT general secretary, said: “The Department for Education’s own data shows that any funding approach that does not reflect these costs on an ongoing basis will be a body blow for early years education in nursery schools.

“There is additional funding available, but only for two years.

“After that point, England’s nursery schools will cease to be financially viable.

“The 30 hours offer will be doomed before it even gets started, additional places won’t materialise and current places will be lost as nursery schools across England close their doors for good.”