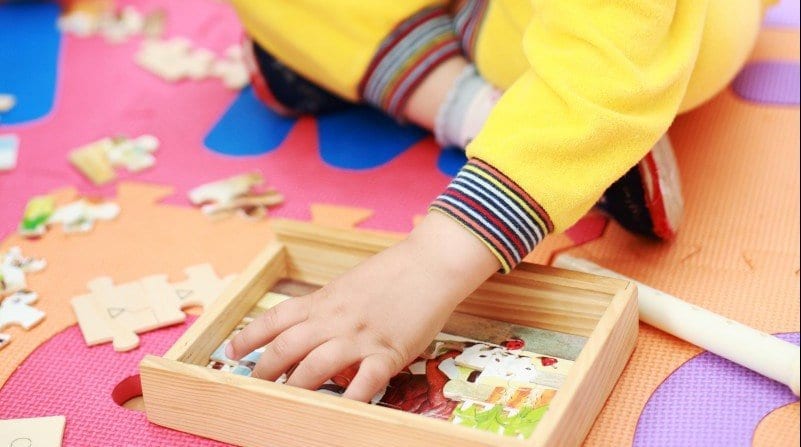 Funded Early Learning and Childcare is currently paid at much lower rates to private and third sector “partner providers”. Meanwhile, 80% of practitioners and half of all supervisors are paid less than £8.25 per hour.

A report published by the Scottish Government today: “Financial Review of early learning and childcare in Scotland: the current landscape” reveals that local authorities spend an average of £5.45 per hour per child in their own settings, compared with £3.59 to a private or not-for-profit setting, after taking out local authority management costs.

NDNA’s Chief Executive, Purnima Tanuku OBE, said: “It’s the Scottish Government’s ambition to have all staff paid the Living Wage of £8.25 per hour, which we applaud. And yet this report demonstrates unacceptably large numbers of nursery staff are paid below the Living Wage, even at supervisory level.

“If we want Scottish children to receive high quality early learning and childcare, nurseries need a well-qualified, trained and developed professional workforce. The key driver to this is an attractive wage package, so the funding given to partner providers needs to reflect this.

“The Government will need all types of providers to support the expansion of funded hours to meet demand and will become the biggest purchaser of childcare in Scotland. With this comes a responsibility to pay a fair rate that enables decent pay for the whole workforce.”

Scottish nurseries have to absorb the biggest funding shortfall in the UK, with the average nursery having to find almost £40,000 per year, according to evidence in NDNA’s latest Annual Report.

The report notes that the minimum “advisory floor level” of funding for local authorities to pay partner providers nine years ago in 2007 was £3.76, with an uprating allowing for inflation suggesting an hourly floor rate currently of £4.36. Although advisory floor rates are no longer in operation, both these figures are higher than the current average rate paid to providers of £3.59.

Purnima added: “Providers need to be paid a viable rate based on true delivery costs, bearing in mind future increased costs of pension auto-enrolment and ongoing rises of the compulsory National Living Wage.

“The Scottish Government has an ambition for its providers to pay the true Living Wage, but on current funding rates, they will struggle with the £7.20 rate.

“Doubling funded early learning and childcare will transform the working landscape for families with young children, but this is also an opportunity for the Government to fulfil its equally big ambitions to be a Living Wage country.”

An Ipsos MORI report: “Costs of Early Learning and Childcare Provision in Partner Provider Settings” also published today concludes that the cost of delivering funded early learning and childcare £3.70 per hour, although this takes into consideration delivery costs from not-for-profit playgroups which have much lower staffing and premises costs and don’t pay business rates.

Purnima said: “These average delivery costs do not yet allow for a profit or surplus margin for businesses to re-invest and be sustainable. They have been calculated from settings that are extremely diverse, ranging from small playgroups to large nurseries with different cost bases.

“The costings report acknowledges some gaps in data and we are also concerned that costs may be underestimated in nurseries where owner-managers don’t include their own salary in their staffing figures. We would like more clarity and precision with these costings.”

NDNA is acknowledged in the report for encouraging members to fill it in, but it does not endorse its findings.