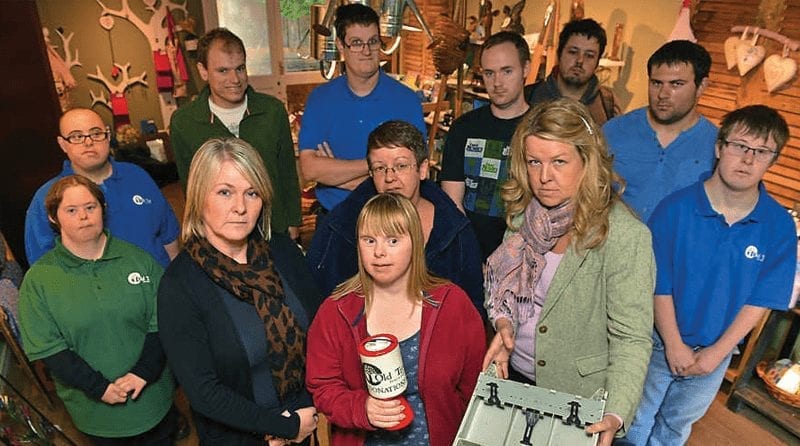 £2,300 has been raised to support a nursery which was burgled, leaving staff and bosses distraught. Funds raised exceeded the initial target of £1000.

During the burglary, money which the setting had been saving for their Christmas party was removed from the safe.

The setting, which provides work for vulnerable adults, also spoke about the trauma the break-in had caused.

Heantun Housing chief executive, Sara Woodall, said: “We are deeply devastated and shocked that Old Tree Nursery would be targeted in this way, particularly considering its objectives to support vulnerable people across the local community.”

Commercial manager, Juliet Cooper, discovered the break-in when she went to open just before 9 am last Wednesday. The back door had been forced open and raiders had made their way to the office, removing the safe, which contained more than £1000 in cash.

Mrs Cooper has worked for the setting for 6 months and said of the raid: “Everything was turned upside down in the office and the safe had been dragged outside and taken.

“The sad thing is that these are vulnerable adults that have been left devastated by this. They have been asking us why and we can’t answer them.”

All income received by the setting is put back into supporting employment and training those with learning difficulties.

A tutor at the setting, Gaynor Miles, said: “We will not let this beat us and we will carry on in the best way possible.”

Staffordshire Police have released a statement saying: “Between 4.30pm on October 4 and 9am the following day, offenders broke into The Old Tree Nursery, Pendeford Hall Lane, by forcing a rear door.

“After an untidy search was made, a safe and cash till were stolen.

“The safe contained a substantial amount of cash which was for a Christmas party for the disabled group/team members who volunteer at the nursery.”

Ms Woodall added: “If anyone has any information or has seen anything suspicious at the time of the incident, I urge you to contact the police.”