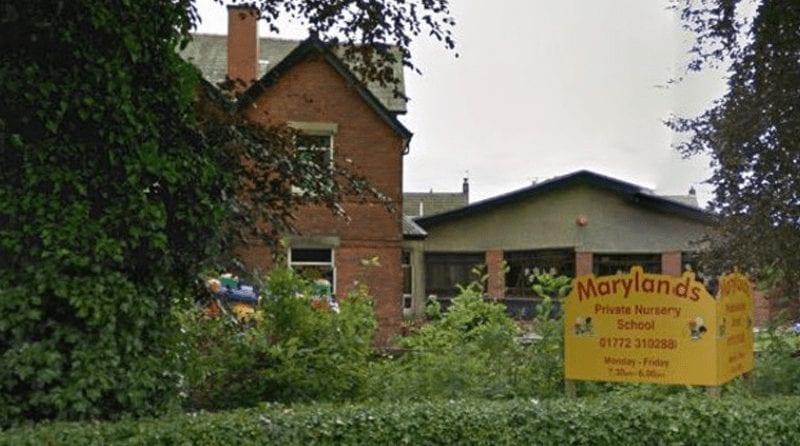 Marylands Private Nursery School in Lostock Hall, Preston phoned parents on Friday afternoon to inform them that the setting had been closed.

This has left parents frantically searching for alternative childcare for their children over the weekend. A Facebook page has been set up so families can keep in touch and discuss the situation, and local nursery schools have been in touch to offer places.

It is understood that this site is also linked to another, also called Marylands in Penwortham, which is believed to be operating as normal.

Mr McIntyre, whose 2-year-old son attended the setting, said: “We got a phone about 8pm last night, it was my wife who took the call.

“A lady said she was with the owner, she said the owner was sat there, but because they had so many parents to contact, they’d obviously divided it up.

“She read from a prepared statement. It was basically that the nursery was closing with immediate effect.

“The only reason given for the closure was for personal reasons, they didn’t give any more than that.”

He continued to say that they were offered a refund, and that if they would like to, parents could request more information from the owner.

“The last day we were there was Thursday.

“I know talking to other parents it was business as usual up to Friday teatime.

“There’s still some people not had a phone call yet.

“Our little boy’s been there about 15 months. It took him a long time to settle.

“There’s been a bit going on which made people wonder.

“One member of staff has resigned. There were complaints to Ofsted who investigated and gave it a clean bill of health, there have been meetings with parents. All kinds have been going on in the last twelve months.

He added, “I’m probably going to have to take at least some of the day off on Monday, traipsing round nurseries.”

No one has been able to reach the owner for comment at this point, and busy mums and dads continue to comment on the Facebook page – Former Marylands Parents – with one mother posting: “My son Bailey was in class one really sad news I just feel sad he won’t be seeing his little friends or the staff on Monday such a shame.”