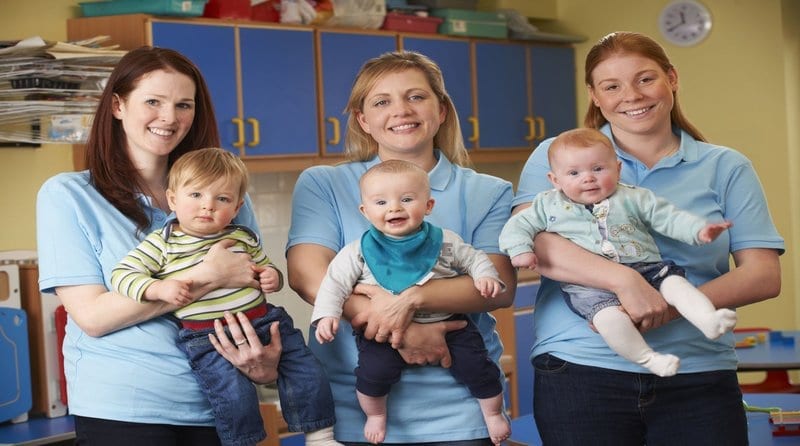 This month, Jo Morris of Playsteps in Swindon discusses the far-reaching impact that the Government’s GCSE-only ruling has had on the early years sector and her own setting since it was introduced.

This month saw the launch of a consultation on the literacy and numeracy requirements for the Early Years Educator qualification.

In 2012, Professor Cathy Nutbrown published her review of Early Education and Childcare qualifications called ‘Foundations for Quality’ in which she highlighted the importance of having a well-qualified early years workforce to drive up the quality of early education.

In 2014, the then Government announced that from that September, maths and English GCSEs at grade C or above would be a requirement for anyone wishing to undertake the new Early Years Educator qualification.

Since then, training providers have been highlighting a sharp decline in the number of candidates signing up for early years qualifications; this has led some in the sector to declare that there is a recruitment crisis looming.

This crisis is happening at a time when the Government has introduced the 30-hour childcare policy and is encouraging settings to consider extended opening hours, including weekends. In order to do this, settings will need more staff to cover these extended hours but – with fewer and fewer people entering the sector or continuing with their professional development – many early years managers are citing recruitment difficulties as a barrier to extended opening.

At Playsteps, we’ve seen a decline in the numbers of candidates applying to undertake Level 2 and 3 courses. As a setting, we are very keen to support our practitioners with their Continuous Professional Development, with seven of us achieving either the Foundation Degree or the BA in Early Years in the last five years. Of those seven, only one held both maths and English GCSEs at C or above. The majority had English but not maths, does that make us any less as practitioners? I would argue not.

A sad consequence of this policy is that we’ve seen some very dedicated practitioners leave the profession because they cannot face retaking their GCSE(s). In my experience, practitioners are more concerned about undertaking maths than English.

We had an amazing practitioner who had achieved her Level 2 qualification and was on course to continue to Level 3 just as this requirement was brought in; she didn’t have her maths GCSE and was so worried about the idea of retaking it that she left Early Years, the huge irony being that she went to work in finance and was able to do so without the GCSE.

The drive for more highly-qualified staff must also be viewed in the context of the wider issues in the sector. The low funding rates and our desire to keep fees competitive for parents means there is less money available for us to retain these highly-qualified staff by being able to pay them salaries that reflect their qualification.

This, along with the Apprenticeship Levy that will come into effect in April 2017 and the rise in National Living Wage to £9 an hour for those over 25 by 2020, means that upskilling, retaining and keeping a realistic salary gap between higher and lesser qualified staff will only increase the financial strain on settings.

I don’t believe that anyone in Early Years is against the notion of raising standards in the sector and certainly, having highly-qualified staff is a huge step in the right direction. The evidence shows that children in settings such as maintained, teacher-led nursery schools generally do very well in the EYFS. There are around 400 such settings in England, of which 97% are rated ‘good’ or ‘outstanding’ by Ofsted, but GCSEs are not the ‘be all and end all’ for early education.

Love, patience, dedication and a genuine desire to care for and educate young children can’t be taught; these natural attributes are essential in a good practitioner. It is worth noting that, as at 31st  August this year, the proportion of the 82,696 providers on the Early Years Register rated ‘good’ or ‘outstanding’ had increased to 91%.

Given that the average time taken to achieve the Early Years Educator qualification is 18 months to 2 years and it was only introduced in September 2014, it is too early to be able to attribute this rise in standards to the first set of Early Years Educator practitioners entering the sector. So, again, this calls into question how essential maths and English GCSEs are in raising standards.

I have the utmost respect for those who have completed higher level qualifications such as Early Years Professional Status, Early Years Teacher Status, a Master’s degree or a PhD in early education and I don’t wish to diminish the importance of their qualifications.

But, equally, I have huge respect for the practitioners who are now deciding to stay at Level 2 because they do not have the GCSEs to progress to Level 3. These practitioners arguably have less opportunities for professional development open to them, yet they continue to work hard day in and day out to provide the best start for the children in their care.

I hope that once the Government has had a chance to review the responses to the consultation, they decide to do a U-turn on this requirement to enable dedicated individuals to continue to join and progress within the sector.

Opportunities for students to work on their maths and English skills as a part of the Early Years Educator course would have the desired effect of upskilling the workforce, without the risk of losing these much-needed future practitioners purely because of their GCSE results.

Do you agree with Jo? Leave your comments below!