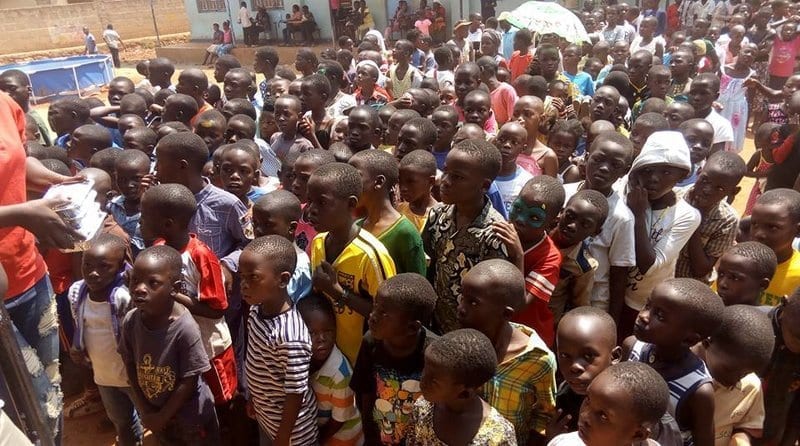 In November, the Parenta Trust aimed to raise £1000 to give orphaned and disadvantaged children living in slums near Kampala, Uganda, an unforgettable Christmas and New Year party.

The appeal followed a visit by the charity to a primary and nursery school in the slums of Kosovo. Whilst there, the Parenta Trust team came face to face with children living in appalling poverty – with many of them orphaned through disease or war.

During the last day of their visit, the team met Pastor Deo who runs a church and local school. He disclosed that he wanted to provide a Christmas party for over 1000 of these children, but could not afford to.

In response, Allan Presland – founder of the Parenta Trust – launched a JustGiving appeal with a £1000 target. The support received was overwhelming, with over 75% of the money raised in just 48 hours.

Staff at the Parenta head office pitched in to help raise funds for the cause, by cooking breakfasts for colleagues and holding a raffle, which generated £150.

The charity is delighted to announce that the money was raised in full and that the children had a wonderful time over the Christmas period.

Allan Presland, CEO of Parenta, said: “Thanks to the amazing staff at Parenta, along with friends and family, we were able to raise the funds to pay for the children’s party. Having seen the pictures and videos, it’s clear the children of Kosovo had an incredible time. Well done to Deo and his team.”