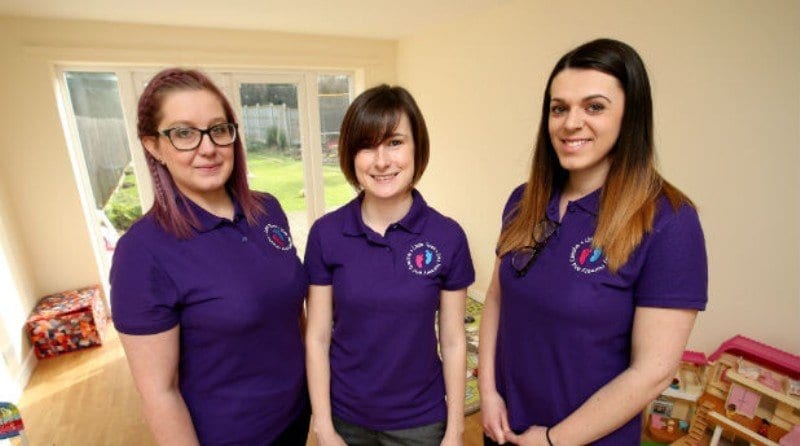 Little Toes Day Nursery in West Bridgford, Nottinghamshire, is hoping the growing demand for childcare in the area will help her new business succeed.

With a primary school, new housing development and the new Rushcliffe Arena nearby, nursery manager Rachel Smith believes there is no better time to be opening a new setting.

With 12 years’ experience, Rachel is the driving force behind the new venture, welcoming families to look around the new facilities on 4 March.

Having been on the lookout for a while, Miss Smith jumped at a bungalow that popped up 4 weeks ago. She said:

“I drive by this area often and at one point I thought to myself ‘there is so much going on here and it needs child care.’

“I have been looking in the area for some while because there are lots of families here and two schools, it’s a prime location.”

To start, Little Toes will offer crèche services to the newly developed Rushcliffe Arena alongside private day nursery services for children aged 6 weeks up to 5 years.

Currently, there 13 members of staff with interviews arranged to boost this to “at least 8” in the near future.

“I can’t believe how many people are here and the number of messages we’ve received on email and Facebook. The support we’ve had has been amazing.

One potential parent said she was impressed with the nursery, saying, “I think the nursery’s great. There aren’t many nurseries and crèche around here, only one or two, so it’s really convenient for us as we only live around the corner.

“I was impressed with the qualifications of the staff and from speaking to the owner she really seems to know her stuff, which is reassuring as a parent.”

Little Toes Day Nursery is currently only operating as a crèche until it is approved by Ofsted to open as a day nursery too.