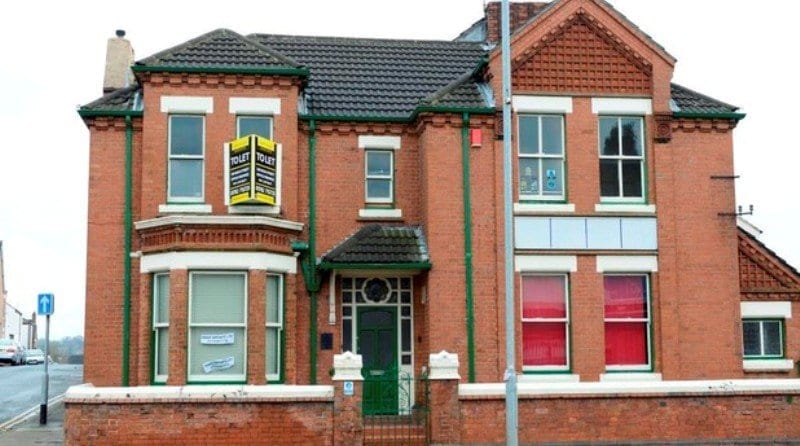 An application has been made to open a children’s nursery on the opposite side of the road to an existing pre-school.

If successful, the proposed building in Tunstall will be transformed from a former architect practice to a childcare facility and employ 16 members of staff.

However, the new nursery would occupy a space almost directly across from a 64-space setting called Rosy Cheeks Day Nursery. This has raised concerns that too much competition could drive both facilities out of business.

A spokesman from Stoke-On-Trent’s own Early Days Team has expressed concerns about the plans, saying:

“While there is some shortage of provision for free childcare places in Tunstall, this proposed nursery is only few metres away from a current Ofsted registered childcare business.

“If this building becomes a registered nursery then we have concerns over the financial viability of both the current nursery and proposed nursery due to the number of children within that area of the ward.

“The local authority has a statutory duty to provide sufficient childcare and we feel that a nursery opening in such close proximity could impact on this sufficiency in the longer term.”

The owner of the privately-run Rosy Cheeks Day Nursery, Rose Dingle, is similarly objecting to the plans. She said:

“Should planning permission be granted on the scale proposed, there would be an over provision of nursery school places.

“There are currently 19 Ofsted registered nurseries or childcare providers within a one mile radius, not including schools that offer pre-school provision. Some of these are not full.”

Should plans for the new nursery be approved, it will share exactly the same opening times as Rosy Cheeks Nursery – 7am until 6pm from Monday to Friday.

The council’s highways department is similarly opposed to the plans going ahead, with a spokesperson saying:

“There is likely to be a tendency for drivers attracted to the site to park directly outside the premises, due to the perceived short nature of the visit, although, this could take several minutes plus to drop off and settle a child in the nursery. This does not take into account those parents who will arrive and leave at the same time where there is likely to be instances of several vehicles being parked close to the junction in contravention of the double yellow lines.

“In view of the current traffic conditions during both the morning and evening peak periods, we are of the opinion that such a traffic intensive use would result in on-street parking and increased traffic movements close to a junction thereby increasing the risk of accident. Adequate off-street and servicing facilities do not exist to serve the needs of the proposed use.”

In addition, residents of the local neighbourhood believe that there isn’t sufficient demand for another nursery to be built in the town.

Local resident David Lowe, 43, said: “I don’t think there’s any need for a new children’s nursery when there is already one across the road. I’m sure there’s better places for a day care centre.”

Fiaz Alam, the applicant, will find out in a few weeks’ time whether permission has been granted to open the new childcare facility.