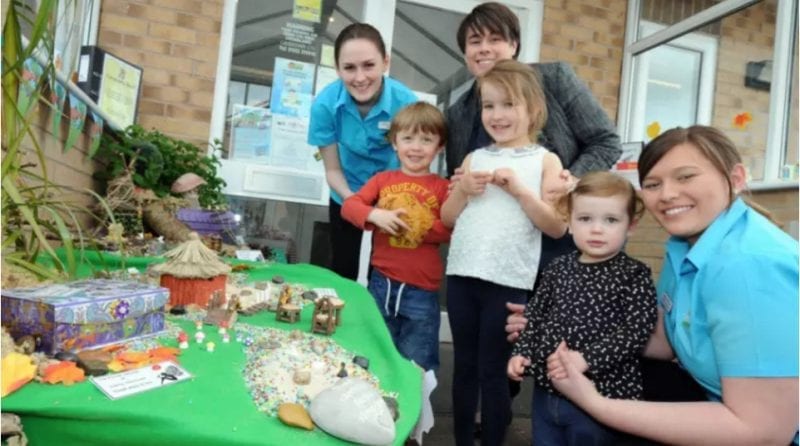 Treetops Nursery in Belper, Derbyshire has opened its garden area to the local community. Toddlers can leave their dummies in the fairy garden and the resident fairies will then work their magic.

Manager Stefanie Reardon said: “Our fairy garden is there for families who may be struggling to get rid of the dummy, it is an important stage in speech and language development. We encourage the children to give their dummy up to the fairies and then overnight something magical will happen.”

The idea is similar to dummy trees, which are used by many other pre-school groups. But it is hoped that families will use the garden even if their children are not registered with the nursery.

The nursery also provides open services, like baby massage and stay-and-play, to make it as accessible as possible.

Any child can leave a dummy and attach a note with their name.  The next time they visit, their name will be transferred to a painted stone or garden ornament.

Stefanie, who took over the nursery in February after working in Derby for 15 years, said: “The garden is to show we’re now doing things differently now. People can have certain perceptions about a place, and we are trying to introduce positive changes and show the community can be involved.”

The nursery recently benefitted from a major refurbishment.

The fairy garden is in place, but will be officially opened by the Mayor of Belper on Monday 8th May. Parents will also have the chance to have a tour of Treetops and meet the staff.