Nursery gets stay of execution as building plans approved 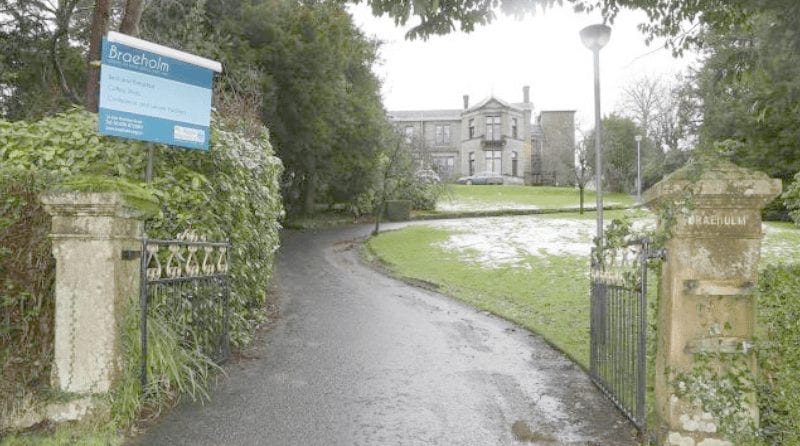 An award-winning nursery in Scotland has been given a two-month stay of execution but will be forced to close in June to make way for building works.

Planning permission has been granted to convert the former Royal Navy family centre into 10 flats and 2 houses.

The approval of the development plans for the building paves the way for its sale by the charity Aggie Weston’s, which runs the centre and provides a range of welfare services for armed forces personnel and their families in Helensburgh.

The charity’s trustees sought offers for the property of more than £500,000 after deciding the cost of upgrading work wasn’t feasible.

Building firm Panacea Properties Ltd applied to the authority for permission to convert the property for residential use and this was officially approved by planning officers last week.

Helen Baynham, owner of the nursery, had originally been given permission to remain in the building until Easter, with the hope that this stay of execution could be extended until June. This extension has now been granted.

The setting, called Cottage Kindergarten, was named best in the UK in 2012.

Ms Baynham hopes that she will be able to find a new home for the nursery. She said: “I am aware that planning permission has now been granted and the sale will probably complete next month.

“We are, however, fortunate in that we are being allowed to stay here until June to finish our last term.

“We are of course sad to be closing our facility but determined that the last term will be a good one and that we remain upbeat for the children and their parents who have been very loyal to us.

“We haven’t yet found an alternative property to relocate to but have lots of ideas and hope to be able to continue in some form.

“I would just like to say thank you to the wonderful, dedicated staff who have worked with me and to the many children and families who have attended over the years.

“I am immensely proud to have been part of their early years’ education. I wish everyone well in the future and hope that lots of our old customers will drop in over the next couple of months to say goodbye.

“The Cottage Kindergarten will always hold special memories and it has been a privilege to be part of it.”

When plans to convert the building were originally submitted, two objections were raised by local residents which raised concerns about increased traffic and noise, inadequate parking provision and the impact on neighbouring properties.

However, no objections were raised by the council’s roads department after the original plans were amended to provide additional parking and a wider driveway.

In his report on the application, planning officer Brian Close said: “The proposed alterations to the building are minimal and positive in removing unsympathetic additions.

“The current proposal is considered to be a positive step to improving the appearance of the listed building and safeguarding it against the threat of deterioration and improvement of the amenity of the local environment and the conservation area.”