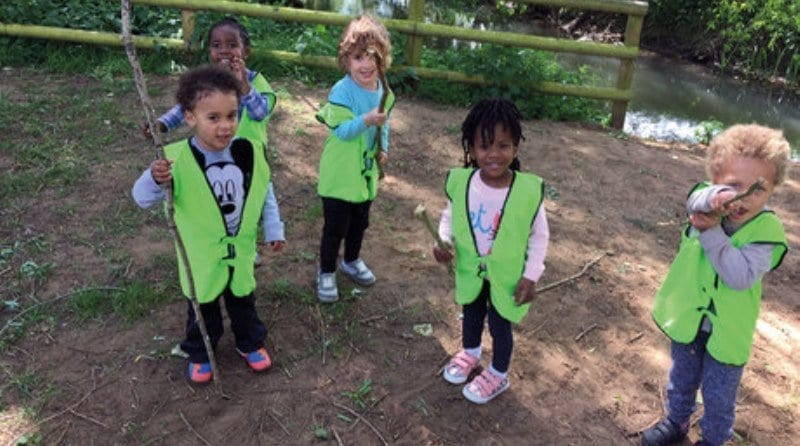 A survey of 1,523 childminders, which was carried out by the Professional Association of Childcare and Early Years (PACEY), has highlighted a significant shortfall in funding for childminders offering 30 hours ‘free’ childcare.

From the research, which was conducted between February and March, it was found that childminders in England charge between £3 and £10 per hour, giving an average rate of £4.64. Local authorities receive on average £4.85 from the Government for the free entitlement. However, the average amount of money being passed on to childminders from 2017 to 2018 is £4.28, a shortfall of 36p per child.

From April 2018, local authorities must pass on 95 per cent of the funding they receive, rising from the current 93 per cent.

The results of the survey revealed that a childminder who is offering the 30 ‘free’ hours would lose £410.40 per child per year, and if they offered three funded places, they would then lose £1,231.20 per year.

PACEY has said that, whilst some childminders can make up the shortfall through funding supplements – such as those provided by their local authority for deprivation and quality and through the Early Years Pupil Premium – many more may not qualify. The other options are to ask parents to pay more for extras, or to provide food for their children.

The survey also found that 60 per cent of childminders do not charge parents for food, outings or other activities that may cost money.

PACEY looked at 16 local authority areas in more detail, from where it received more than 20 responses from childminders.

PACEY’s policy and research manager, Susanna Kalitowski, said she found a ‘wildly varying approach’ by local authorities in the funding they provide for the free hours, including different types of supplements.

An example of this is in Swindon, childcare providers receive a 70p supplement, which is on top of the base rate of £3.86. This is only if they offer the 30 hours all year round, and in ten-hour blocks, bringing the hourly rate to £4.56 per child, which is closer to the national average charged by childminders.

Mrs Kalitowski stated how other local authorities hold back the maximum amount of funding and then only offer the mandatory deprivation supplement for children who are eligible.

Ms Kalitowski added: “The 30 hours doesn’t have to be a disaster if it is funded properly, and from our research we can see that some local authorities are passing on more of the funding they receive from Government; however, it is a mixed picture.

“We expected the survey results to show a funding shortfall, but the scale of the shortfall is more than we anticipated. We hope the gap between rates charged by childminders and the funding they receive isn’t as wide next year when local authorities have to pass on more of the money.”

Liz Bayram, the chief executive of PACEY, has said: “Our research highlights that if a childminder just offered funded places for two-, three- and four-year-olds, they would soon face closure. Most childminders are on very low incomes.

“While some local authorities’ hourly rate does cover the full cost of delivering a place, in others the shortfall will have to be made up through supplements or by charging for extras. However, this comes with risks. Government guidance is clear that charges cannot be a condition of offering a place; funding supplements are complex and could change in the future. None of this is likely to persuade many childminders to risk their livelihood and deliver even one or two funded places.”

Debbie Southern, a childminder in Swindon, has been involved in the pilot for the 30 hours. She has a ‘good’ rating by Ofsted and works with two other staff. They provide childcare for six children aged 3 and 4; half of them are eligible for the 30 hours.

Ms Southern has said how the funding supplement of 70p for providers who flexibly offer the 30 hours over 48 weeks and in 10 hour blocks has persuaded her to take part in the scheme and continue with it when it rolls out in September.

She said, “With the supplement I can cover my costs as I stretch the funding. I charge parents £4.25 per hour if children attend all year round. Parents are given the choice of providing a packed lunch or paying an additional charge for a meal and a weekly outings fee.

“All providers within Swindon Borough Council are very fortunate as we are paid a higher rate compared with other boroughs.”