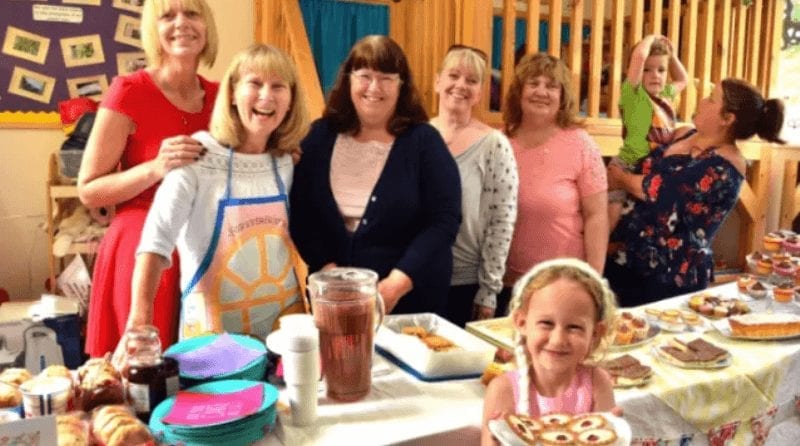 A local community has banded together to help Tydd St Mary Pre-School after its disgraced former treasurer stole more than £4,800 from the pre-school. The community has helped raised more than £5000 for the nursery.

Brenda Fursee, who chairs the pre-school committee, described the response as “absolutely fantastic” and that the £5000 had been raised “through the kindness of others.”

The former treasurer, Andrew Rivett, was sentenced to eight months in prison in April at Lincoln Crown Court. He had helped himself to money from the pre-school’s reserve account.

Judge Simon Hirst told Rivett: “As a result of what you did the consequences were very serious and almost fatal to the pre-school group.

“There was enormous worry among members of staff and parents about the school closing.”

Following the incident, everyone at the pre-school was determined to carry on.

Brenda said: “We know we have got a really caring community so we were hopeful that people would stand behind us.

“We never expected it (the theft) and it just hit us like a ton of bricks but to be lifted back up in this way by the community is just amazing.

“We just wanted to get back and get on with the job in hand.

“People have been so kind.

“It makes you realise how many good people are out there.”

There have been a variety of fundraising events, and villagers have been voicing their support for the pre-school.

Brenda also stated: “We’ve had people coming up to us and saying they appreciate us being in the village, we have spoken to people who had children there years ago.”

A well-supported summer fete at the pre-school on Saturday raised £400.

There have also been other fundraising activities which included a family disco and football tournament, which was organised by previous parents of the pre-school, this raised £887.22.

Donations received through Lisa Jarmany at the local shop ‘Tydd Stored’ and other private donations to the pre-school have totalled £2,900.

The pre-school has also held fundraising events themselves which included a popular quiz night, a sponsored pedal and an Easter coffee afternoon, this made a total of £583.25.

Brenda added: “We will now be able to move positively forward and continue with the care, education and development of the children attending the setting.”

Brenda also stated how everyone connected to the pre-school is grateful for the public’s generosity.