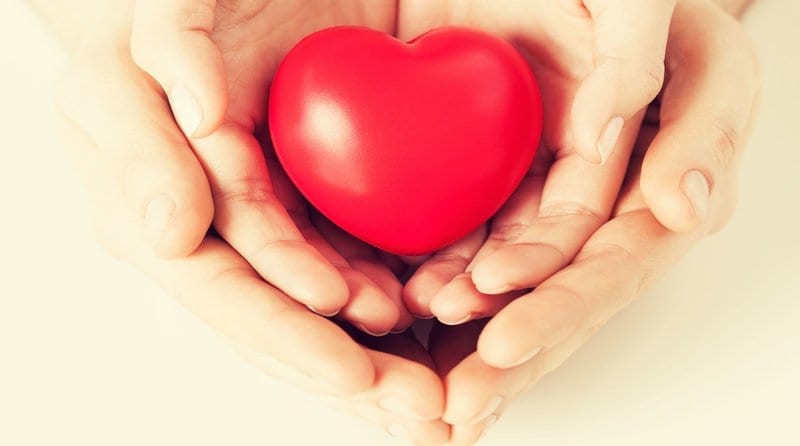 Forest Row Community Pre-School will spend the week helping to raise funds and awareness for the Cystic Fibrosis Trust. 3 year old Charlie Boxer who attends the setting was diagnosed with cystic fibrosis as a baby. The staff, Charlie’s mum and his cystic fibrosis team worked hard to ensure he could attend the pre-school at as low a risk as possible. 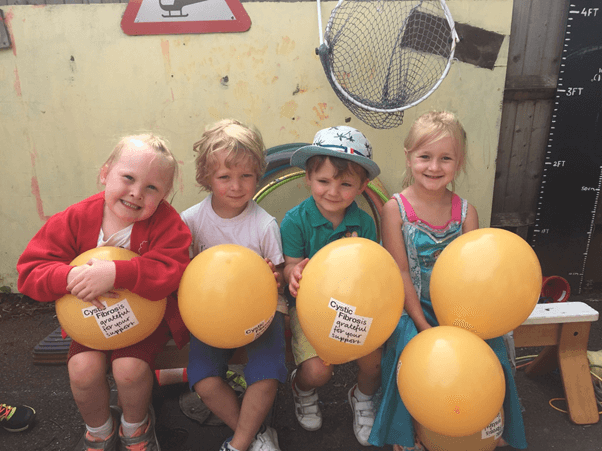 The pre-school upgraded the Healthy Child policy to support keeping pre-school a healthy environment for all the children. They also had visits from Charlie’s CF nurse to help lower the risks within the environment and educate the staff.

One of the most important things for Charlie is physical activity – which is also encouraged for all children in the setting. They have applied for grants to purchase more physical play toys and have been collecting Sainsbury’s Active Kids vouchers too. They are hoping to fulfil Charlie’s need to bounce by raising enough of their own funds to buy a foldaway trampoline and several space hoppers.

The pre-School expanded on YELFIE week to showcase healthy habits to all the pre-School children as well as support a fantastic cause. As a charity themselves, they appreciate just how hard fundraising can be and decided to swap efforts to dedicate time to this worthwhile cause.

The pre-school will be adapting simple physio activities into fun games and promoting lots of physical activity throughout the week.  Plans include lots of bubbles and a mini Olympics of games. They will be straw painting and playing blow football too. These activities are vital to support lung strengthening in children with cystic fibrosis.

Charlie is a very popular boy at pre-school and the children were keen to learn about CF and talked about different ways they could help, they decide it would be best if they could build a “new Doctor’s Station” for all the people with CF to have special medicine to help them.

Jade Turnbull-Allen, Supervisor, said “We decided to get involved in support of Charlie and his family, we wanted to show them how important they are to us and help towards long term research in treating cystic fibrosis. Charlie is the most amazing, brave little boy and it is an absolute pleasure to watch him grow at pre-school. As a pre-school we focus highly on our community links and our work with local families, this is something we all felt strongly about and wanted to support the Boxer family as much as we could.

We want to create awareness and understanding of CF, to the community as a whole and particularly to other pre-school settings and children. If we all take part and help, hopefully all CF sufferers can be as healthy as Charlie is currently.” 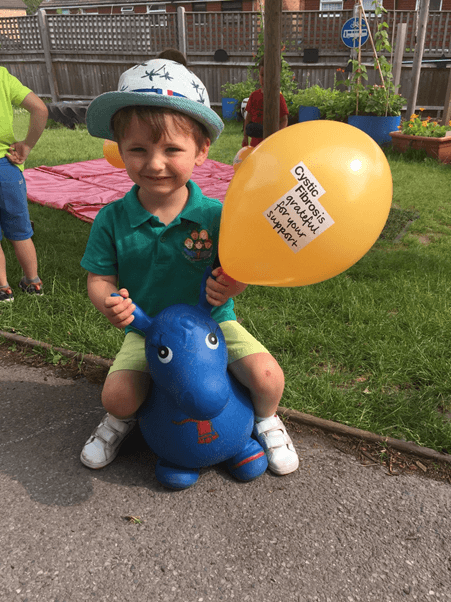 Heather Yorkston Boxer, Charlie’s mum, said “Charlie and I are so lucky to have the support and encouragement of Forest Row Community Pre-School to educate the wider community about Charlie’s condition, cystic fibrosis (CF). While the journey from Charlie’s diagnosis to today has been been filled with hospitalizations in the UK, the United States, and South Africa, and countless hours of medicine and physiotherapy and untold sleepless nights, Charlie is very healthy right now and his future looks bright.

“Thanks to the NHS and the millions of supporters and fundraisers for the CF Trust in the UK and the CF Foundation in the US, Charlie is now on Kalydeco (ivacaftor), a new gene therapy drug that has shown stunning improvements. It only works for a small percentage of the CF population with a group of specific genetic mutations – a group in which Charlie is lucky enough to be a member.  We now must keep fundraising and educating for a cure for the more than 75,000 people with CF around the world: this is a fight we must win.”

Dannii Hutchins, Cystic Fibrosis Trust Community Fundraiser, said “We are extremely grateful for the support shown by the Forest Row Community Pre-School. The school is turning yellow for us as part of our Cystic Fibrosis Awareness Week and is raising vital funds towards our research and support services available to those living with cystic fibrosis. Thank you to everyone involved in making this such a great week!”

The week has been a wonderful success and we have raised over £100 towards this cause, we hope we have also raised more awareness of CF within our small community.