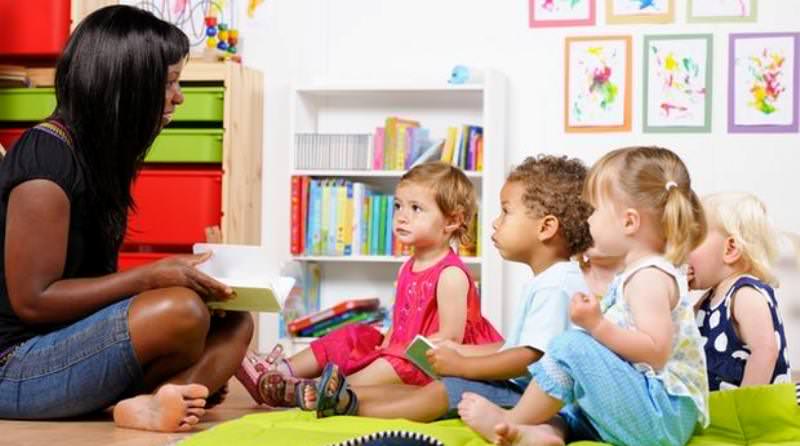 The government’s 30-hour ‘free’ childcare offer has been criticised by a leading global education expert for failing to target poorer families.

Andreas Schleicher, education director for the Organisation for Economic Cooperation and Development (OECD), welcomed the 30-hour offer and stated it would bring England up from their current position in the international league in terms of hours offered.

But he also criticised the government’s plan, saying that whilst the offer is targeted to working parents who can earn up to £100,000 each and still be able to use the scheme, disadvantaged families who stand to gain the most from the offer are not being prioritised.

The 30 hours funded childcare will run from September. To be eligible for the scheme, families must have a child between the ages of three and four, and the parents – or parent in a single parent family – will need to earn at least the equivalent of 16 hours per week on the National Minimum or National Living Wage.

The offer has been widely welcomed by working parents, but Labour has warned that low-income families in insecure employment, or those on zero hour contracts who do not know how many hours they will work each month, will miss out on the offer.

There has also been repeated warnings from early years providers that they will struggle to deliver high-quality care and education and provide sufficient places with the funding available.

Schleicher made his comments at the launch of an OECD report comparing early years education in different countries. He said he understood how important it was to support parents to get back into the workforce, adding, “It’s not just the 30 hours – it’s making sure those children who need it most get the best provision.”

Neil Leitch, chief executive of the Pre-school Learning Alliance, said how his organisation argues that, given the limited resources, the Government should focus spending on where it is needed most.

“As it stands, a family with a household income of nearly £200,000 will be eligible for the scheme, while another where, for example, one partner works 15 hours a week at the minimum wage in addition to volunteering, training, or further education, will not. How is this an effective use of government funding?

“The OECD report rightly argues that when it comes to early years care and education, real efforts must be made to reach out to the most deprived families – and yet the fact remains that these are the very families who are likely to gain little to no benefit from current government early years policies.”

The report, which was published on Wednesday, gives evidence that children who receive high-quality early childhood education have better outcomes later on in life. Academically, they receive better scores on international Pisa tests at the age of 15.

It was found that, in countries where there is a high level of under-threes in formal education and the care they receive is high, there is less obesity.

Schleicher said how the UK has made advances in the provision of early years care and education, but there was a big variation in enrolment rates and the number of hours available per week.

Other countries such as Estonia, Finland, Greece, Hungary, Latvia and Poland all provide several hours of childcare per week to a small amount of under-threes, for example, Latvian children get 38 hours per week.

In the Netherlands and New Zealand, only 20 or less hours are provided.

Many countries over the last couple of decades have taken the initiative to increase access for disadvantaged children, but Schleicher stated how many poorer families still found it hard to secure an early years education for their child and to get the quality they need and deserve.

Of the 15-year-olds who took the Pisa test in 2015, 72% of disadvantaged students said they attended early years education for at least two years, compared with 82% of the wealthier children. The enrolment gap between the wealthier and poorer children is the largest in Slovenia, the Slovak Republic, Turkey and the United States (this is with a difference of 15 to 30 percentage points).

Leitch said: “Over recent years, government policy in England has been increasingly preoccupied with making more, cheaper, places available to parents, with nowhere near enough attention paid to whether or not these places are of good enough quality.

“As this report highlights, early years education can have a significantly positive impact on children’s long term attainment, but only if the quality of the services being provided is sufficiently high.”

A Department for Education spokesperson said the Government was investing more than ever into childcare, spending £6bn by 2020. “We are also supporting the most disadvantaged families with 15 free hours per week for two-year-olds, our pupil premium which is worth more than £300 a year per child and our new disability access fund, providing £615 per eligible child.”