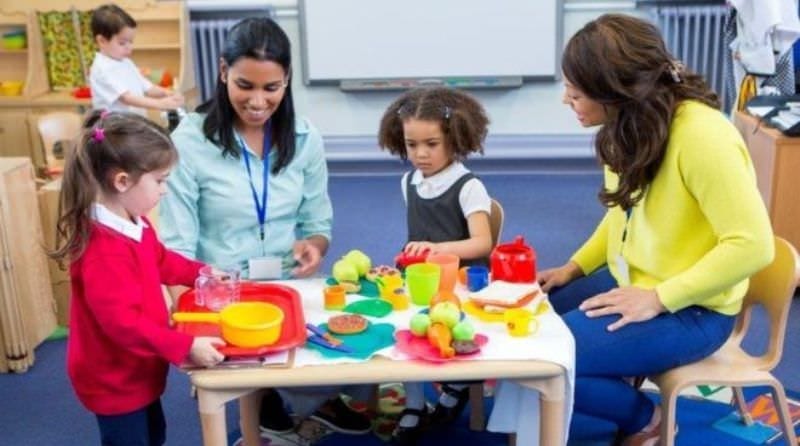 Campaigners state that the funding to cover extra ‘free’ childcare is less than the cost of a second class stamp. The 30 funded childcare hours for three- and four-year-olds will start from September, and parents will be eligible if they both work.

The National Day Nurseries Association says that the extra 40p an hour to cover the increase in ‘free’ hours falls short of what providers actually need to cover their costs. However, the Government has stated that the amount should be enough.

At the moment, three- and four-year-old children in England are eligible for 15 hours of funded nursery education a week; this amount will double from September as outlined in a Conservative pledge in the 2015 election.

But nursery owners say that the money that has been allocated will never cover their costs and doubling the funded hours will only make matters worse.

Until now, providers have managed to plug the shortfall in funding by charging more to families who need more than 15 hours of childcare a week. Childcare providers will see this income diminish when the 30 hours are rolled out.

The sector will also have to deal with increased financial pressure in the form of higher business rates and the planned rise in the National Living Wage to £9 in 2020.

The NDNA sent a funding questionnaire to each of England’s 152 education authorities under Freedom of Information law and received responses from 128.

London boroughs will be paying £4.97 and the councils outside of London will pay £4.23. There are seven local authorities that will be paying below £4.00, which are: Solihull, East Riding of Yorkshire, Staffordshire, Oldham, Suffolk, North Somerset and Middlesbrough.

The NDNA chief executive, Purnima Tanuka, wants the 30 hours to be delayed so that there can be a rethink on funding. She stated: “Despite repeated government assurances that enough money would be made available for nurseries and talk of ‘record’ funding, the reality is that the average nursery will receive just a few pence more per hour, less than the price of a second class stamp.

“The average nursery is short of delivery costs for the current 15 hours by almost £1,000 per child per year.”

Roy Perry, chairman of the Local Government Association’s children and young people board, has said how councils will be working closely with childcare providers to deliver the ‘free’ hours, as it represents a great opportunity to provide support for parents as well as early education for children to help them get ready to start school.

He stated: “However, councils remain concerned that the proposed increase in funding will not be enough to secure enough high quality provision for everyone who wants it.”

The Department for Education has said that spending on childcare will reach a record £6bn by 2020, this will include an additional £1bn on the ‘free’ hours.

A spokeswoman said that the funding given to councils should allow them to pass on £4.00 per hour to nurseries for each childcare place. She said that this rate was “far higher than the average hourly cost of providing childcare” and that independent research has put it at only £3.72 per hour.

Robert Goodwill, the new minister for children and families, has said that the pilots of the scheme had proved to be a “huge success” and that the Government was “determined to support as many families as possible with access to high-quality, affordable childcare”.