Stars of the nursery sector shine at NDNA Nursery Awards 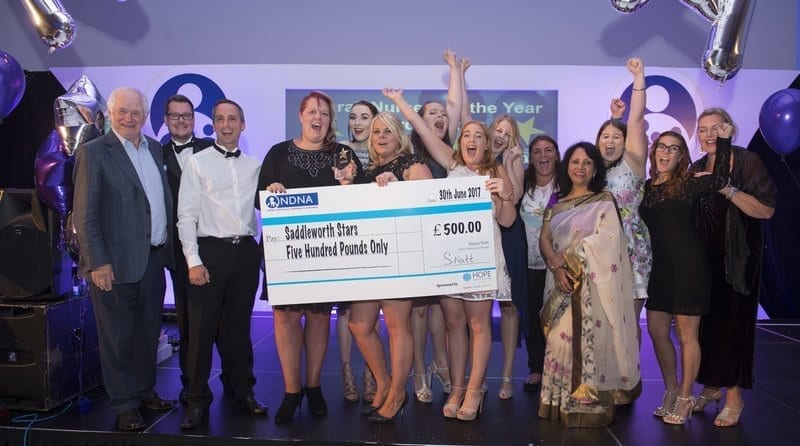 The very best of the nursery sector was celebrated with a night of accolades at the National Day Nurseries Association Nursery Awards presented by TV star and maths legend Johnny Ball.

Saddleworth Stars impressed judges with its focus on each child’s individuality, strong links with the wider community, parent partnerships, attitude towards diversity, imaginative story scribing and magical garden area – including a fairy in residence called Felicity!

Owners Rafael and Tory Fernandez said: “We are extremely proud of our nursery and overwhelmed by emotion to win this award and be recognised for all that we have achieved. Our aim was to create a place of happiness and enjoyment for all the staff, children and parents. We call it the ‘Stars Family’ and we love being a part of it.”

“Congratulations all our winners who are shining examples of the great work happening in nurseries across the country.  These awards are thoroughly deserved and I am delighted for all of our winners, runners up and everyone who was highly commended.”

About 300 guests attended the awards dinner from across the UK and beyond, including representatives from nurseries in Dubai and Abu Dhabi.