Petition to save Hartlepool nursery from closure 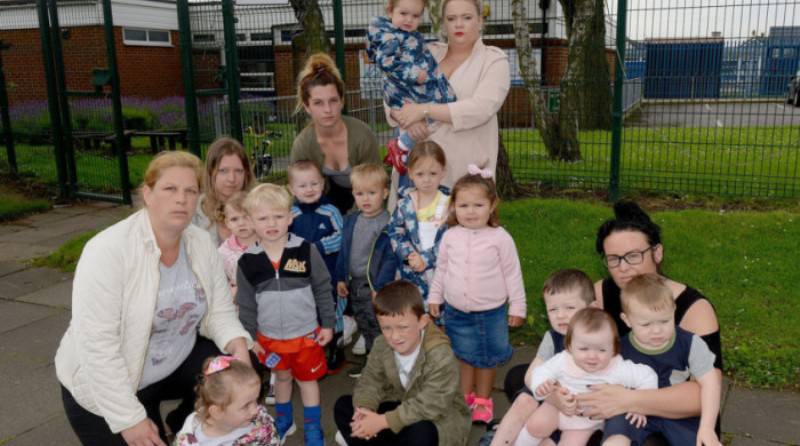 A worried parent has launched a petition to save Footprints private nursery in Hartlepool after it was given 28 days’ notice to leave the premises.

The nursery at Rift House Children’s Centre in Masefield Road has been given notice by Hartlepool Borough Council that their tenancy will be terminated. They have been asked to leave the premises in a month.

This is because Rift House Primary School wants to expand its nursery into an integrated service which includes two-year-old childcare from the Children’s Centre from September.

Katie Richardson, 23, who started the online petition, has a two year old daughter who attends Footprints nursery. Her daughter Evie suffers from hypothyroidism and has been left brain damaged.

Katie said: “Evie has her own problems and the nursery staff have been really, really good with her.

“Evie has a really strong bond with her key worker Gemma Frankland and finds it difficult to form new relationships.

“A lot of the mams are really upset too. The jobs of the girls who work there are on the line.

Katie also stated how she and other parents fear how the change will affect their children’s development.

“Evie’s key worker since she started going to the nursery has been nothing but brilliant.

“With her having problems with falling over, the staff never let her out of their sight.

“She’s come on a lot since she’s gone there and we want it to stay the same.”

The Save Our Rift House Footprints petition has been signed by over 400 supporters so far. The petition says how parents and carers are all “deeply saddened” by the nursery having to go and that it came “out of the blue”.

Manager Vivienne Dempsey and all the staff and key workers were also thanked for their work with all the children over the years.

Hartlepool council has said how Footprints helped meet a need for childcare places for two-year-olds back in 2013, when there was a shortfall of places.

Following Rift House Primary School’s recent fire, it is working with the council to try and provide an integrated nursery service from the Children’s Centre from September. Currently, the school provides nursery care for three- and four-year-olds.

Footprints also has a second site in Hartlepool town centre.