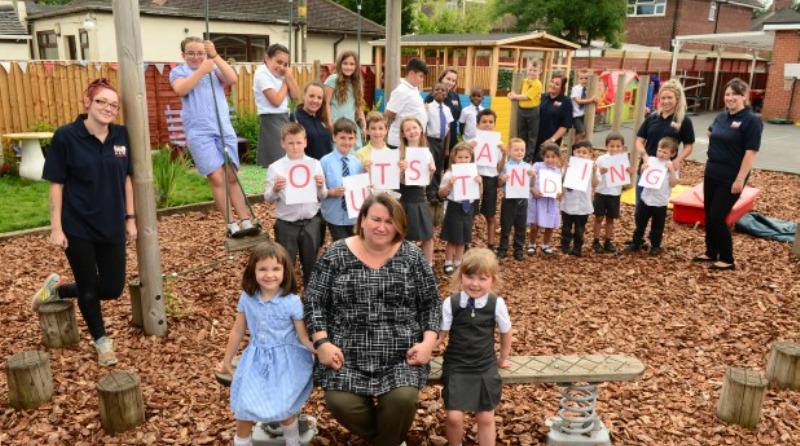 The manager of School’s Out Club in Blurton received special praise for going the extra mile for the children who attend. The children get so much support from the staff that they even take them to have their hair cut.

The before-and-after-school club goes the extra mile to make life easier for working families in the community.

Jane Johnson is the manager of the club which was set up 14 years ago. Parents have nominated her for one of the Sentinel’s Our Heroes awards to recognise her inspirational work. She has been put forward in the Education Star category.

Ms Johnson said: “We started off at St Paul’s Church and then moved here in 2007.

“We’ve tried to listen to what parents want and to help them go back to work. It’s also about giving them a voice.

“A lot of parents don’t know who to ask if they need help for their child. We make sure they can get that help. Every child deserves the best in life.”

Staff have also completed extra training so they can help children with autism and conditions such as ADHD; they now attract children from special schools as well as mainstream primary and secondary schools.

The club was recently rated ‘outstanding’ by Ofsted, who commented on the variety of activities, nurturing approach and excellent partnership with parents.

All the activities are based on what young people want to do. This can include sport, learning activities and just having fun.

Kerry Birch is one of the grateful parents whose children have attended the club. She said, “Jane works tirelessly at the club and is a champion for local parents, but especially those with children with disabilities.

“Personally, she helped me with two of my children and, although they now only occasionally attend the club, she still keeps in regular contact to check on their well-being.”

The award nomination has meant a great amount to Jane, who has been through a difficult time herself. She said: “I’d like to dedicate the nomination to my husband Derek, who died three years ago at the age of 49.”