How language evolves: supporting early years language development at home and in nursery 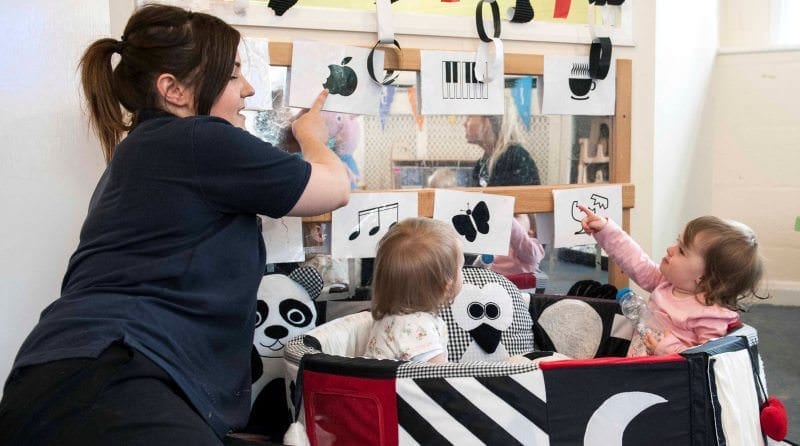 How do children learn to chatter? From the babbles of babyhood to the sophisticated sentences often spoken by four-year-olds, the evolution of language is one of the key developments in the early years. It’s a natural process that is nevertheless dependent on the environment, so to get the most out of their innate language instincts, children need to be supported at home and nursery alike. Here we’ll look at how parents and professional caregivers can each help very young children enjoy their first exploits in speaking and listening.

The family home is where children first learn to discern different sounds and pick out words. In the womb, babies can hear and recognise their mother’s voice, and young infants will show a preference for this as well as other familiar voices, sounds and music that they may have heard in utero. 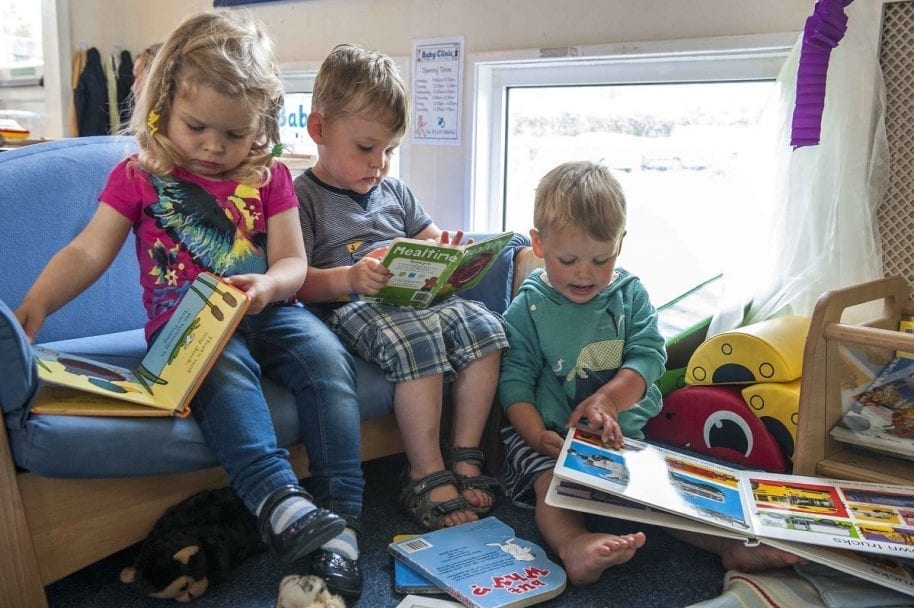 What can parents do? Simply talking and interacting with their baby from the very start is really valuable. The recognition of words will come later, but the very act of being engaged in a two-way interaction (even if this just involves babbling, or making faces) helps babies to practise the art of conversation.

Listening to music, singing together and playing with toys that make different sounds are great ways to help young children listen attentively. Reading together – even picture books –is a great way to support and encourage a love of words.

As they grow, children will become increasingly sophisticated in their use of sounds, and these will gradually evolve into recognisable (if not always correct) words and phrases. Parents can encourage children’s use of words and increase their vocabulary by using repetition and reinforcement, mirroring the sounds back to the child with their face in full view. Modelling correct usage is an effective way to teach pronunciation and the rules of grammar.

The role of nurseries in language development

Language learning is a serious business. It’s been shown that children who fall behind in language development in pre-school years are more likely to struggle academically later on in childhood.

So, to complement the work being put in at home, it’s vital for nurseries to offer a sound early years language development programme that supports every child, including those with English as a second language or diagnosed speech delays. Good language programmes are developed and aimed at 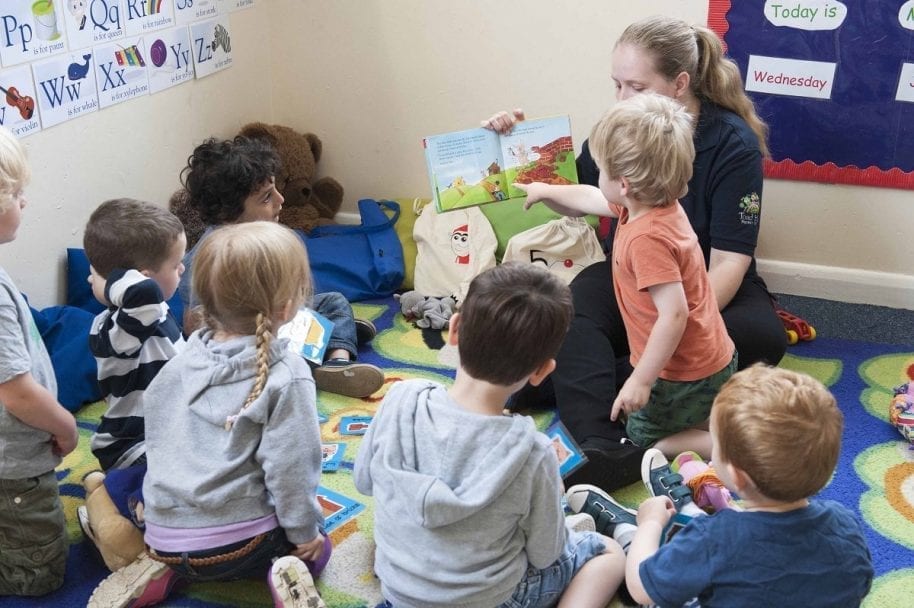 developing high quality speakers, attentive listeners and children who understand and enjoy what they are learning.  They use age-appropriate games, songs, books and other activities to support children to experiment with speaking and listening.

There’s lots of guidance out there for early years settings to take advantage of. Nurseries can make use of documents such as the Government’s Every Child a Talker resource when developing early years language programmes, and advice can also be sought from professionals such as early years language expert Kay Hiatt, who works across nursery groups such as Toad Hall Nurseries, who can offer valuable input and suggestions.

Once a programme is in place, it’s important to implement it effectively. Nursery staff should undergo regular training to ensure that their knowledge and skills relating to language development are always up to date.

Toad Hall Nursery Group provides childcare and early education for children aged 3 months to school age.  With 13 nurseries situated in and around the Home Counties, Toad Hall is committed to providing the best possible early years experiences for the children with a strong focus on developing their early language and communication, their enjoyment of the outdoors and their ability to make friends and play well with other children.