30 hours leaving parents and nurseries ‘out of pocket’ 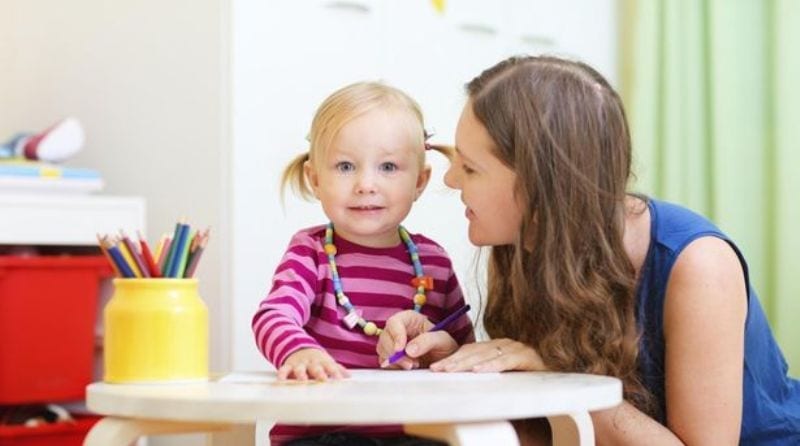 Due to the rising costs of delivering the Government’s flagship childcare policy, 10 day nurseries in Lincolnshire plan to charge parents more and one nursery has already had to close.

The 30-hour offer will be rolled out in September, where working parents who earn less than £100,000 a year each can benefit from 30 hours of childcare a week for their three- and four-year-old children.

Parents currently receive 15 hours funded childcare a week. However, with rising wage demands and other costs, the early years sector warns that the extra 40p an hour per child offered on average to providers does not match what it will cost them to deliver the 30 hours.

According to the National Day Nurseries Association (NDNA), most nurseries are already £1,000 short per child per year for the current 15 hours.

Nurseries have already started to charge parents for extras like meals and day trips, to try and make up the shortfall in funding. However, this cannot be made a condition of a nursery place.

Parents also still have to contend with paying for childcare during school holidays as the funded hours only cover school term time.

One parent said: “As a full-time working parent of a three-year-old who loves nursery, I initially thought the 30 hours’ free funding would save me lots of money.

“But my nursery has admitted to parents the funding will actually damage their business because the money they get from the Government doesn’t cover the costs.

“I feel nurseries have been left with no option but to increase fees and charge for things which once were included, such as breakfast.

“It’s turned out not to be ‘free’ at all – I will end up paying more, especially during the school holidays.

“The Government say they want to help working parents but they should look after the childcare providers who help people like me stay in work.”

A working mum-of-two has said how she will be better off by about £400 a month and is pleased that there is extra support for working parents.

She added: “However, I think 30 hours is misleading because it’s 30 hours a week during term time and a lot of parents don’t just work term time.

“What we actually get is closer to about 24 hours a week. I don’t think the funding provision for nurseries necessarily covers the real costs of delivering childcare.

“And now that nurseries are charging for meals, activities and extra hours, we are paying £12 a day over three days for these things.”

The NDNA stated that the owners of 10 nurseries in Lincolnshire who took part in their national annual survey said they would be increasing their fees this year and had put their fees up the previous year. All but one intended to charge parents extra for meals and trips.

The Secret Garden Nursery in Skegness, which can cater for up to 25 children, says it has no choice but to close on 23rd August. The owner, Linda Meacher, who has run the nursery for eight years says that the low funding rates for the 30 hours is to blame, as well as an issue with her lease.

She said: “Ninety-five per cent of the places we offer are funded places as we are in a deprived area and 30 hours means that running the nursery is no longer a viable proposition.

“Any money I have ever made from Secret Garden has been ploughed back into the business and I am walking away with nothing. Parents couldn’t believe it when we told them we would have to close.

“Nurseries are so important for children at the beginning of their lives and the funding is lousy.

“The people who choose to work with young children are so passionate and committed to their jobs but the Government doesn’t recognise or support them. It really hurts to make those great staff redundant.”

Purnima Tanuku OBE, Chief Executive of National Day Nurseries Association (NDNA), said: “We hope the new minister Robert Goodwill MP is up for the challenge as the urgent matter of funding for 30 hours must be a priority.

“Despite repeated Government assurances that enough money would be made available for nurseries and talk of ‘record’ funding, the reality is that the average nursery will receive just a few pence more per hour, less than the price of a second class stamp. It’s totally inadequate.

“More funded hours will mean greater losses. The average nursery is short of delivery costs for the current 15 hours by almost £1,000 per child per year.

“An average increase in funding for 15 hours is £228. That is only a quarter of the current shortfall, never mind bigger losses caused by twice as many free hours.

“National Living Wage is due to rise by 20 per cent reaching towards £9 per hour in 2020 and average rateable values of nurseries have gone up 24 per cent this year, with Business Rates increasing accordingly, yet nursery funding is fixed until 2020.

“The Government said it would be investing an unprecedented £6bn into early years by 2020 but there is nowhere near enough money in the system to allow nurseries to offer 30 hours and survive as businesses. It is now crunch time.”

Mr Robert Goodwill MP said: “Parents are already able to access 15 hours of free childcare but from September we are doubling that offer to 30 hours for working parents – saving them around £5,000 per child.

“That 30 hour offer is already being delivered in several areas across the country, with over 15,000 children benefitting from a place.

“We know from our evaluation that providers are committed to offering 30 hours and the additional hours are having a really positive impact on families, taking huge pressures off families’ finances.

“This is all backed up by our record investment of £6 billion investment per year by 2020.”