Thousands of two-year-olds miss out on funded childcare 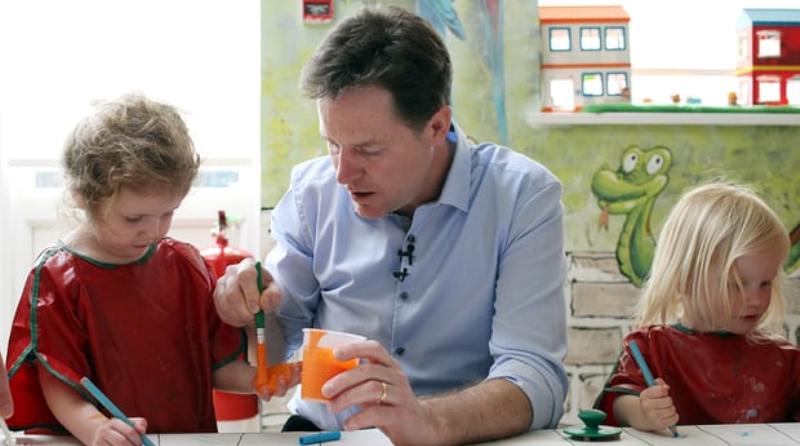 It has emerged that thousands of children living in the poorest areas of the country are missing out on the funded childcare scheme. The scheme was introduced 4 years ago and was designed to provide 15 hours of funded childcare to 40% of the most disadvantaged two-year-olds. However, according to research by a leading thinktank and Labour MP Lucy Powell, it has been found that nearly 3 in 10 children are still not accessing the places meant for them.

There are 229,928 children eligible for the scheme, but the latest statistics show that 29% of children are still missing out, which is a total of 66,000.

Analysis by Powell’s office and the Social Market Foundation (SMF) found that two-year-olds in disadvantaged areas are twice as likely to miss out on funded childcare when compared to their more affluent counterparts.

It has also emerged that many parents are unaware of the scheme. Powell has blamed a lack of ministerial focus, austerity measures which have reduced local authorities’ roles and cutbacks to programmes (such as Sure Start centres) as contributing factors meaning that parents are not being signposted towards the scheme.

Naomi Eisenstadt, a social policy expert who was the first director of the Sure Start unit, said: “It takes, what we used to call in Sure Start, ‘intensive outreach’. That’s people, health visitors or perhaps those who work in the nursery or the children’s centre to understand the demographics of their locality and knock on doors, be there, walk with the parents. With the most disadvantaged families it takes a lot of work, but there are good reasons to do it and it needs resources.”

Nick Clegg, who supported the scheme when he was deputy prime minister, has warned that the scheme for two-year-olds was now in danger of “withering on the vine” and being “squeezed out by this great stampede towards providing 30 hours” for three- and four-year-olds.

Clegg championed the scheme and last week claimed that his attempts to expand it were blocked by David Cameron, because the editor of the Daily Mail would oppose it.

Nick Clegg recalled a meeting in 2015, which was in the run-up to the coalition’s final budget, when a “few hundred million” had become available from the Treasury. Clegg stated, “I remember vividly Cameron saying ‘Oh we can’t possibly do that because Paul Dacre doesn’t like it. He thinks two-year-olds should stay at home.’”

The local authorities with the highest proportions of two-year-olds missing out include many that suffer from high levels of deprivation, according to the SMF report. Amongst them are London boroughs, including Tower Hamlets (61%), Newham (57%) and Hillingdon (55%), as well as Nottingham (44%), Slough (43%) and Coventry (41%), according to figures compiled by cross-checking with indices of deprivation.

Powell said: “Ministers’ fixation on delivering on their election bungs to better-off parents means they’ve taken their eye off the ball when it comes to the disadvantaged two-year-old offer. This flagship policy will be ruined if it is not given more priority, particularly in areas where so few toddlers are benefitting from the scheme.

“The evidence is now clear that this quality early education for disadvantaged two-year-olds can be life-changing. Given this, it is scandalous that so little is being done to ensure as many children as possible benefit from it.”

The 30 hours scheme has promised ‘free’ childcare for working parents of three- and four-year-olds, however three quarters of nurseries and childcare providers have said that the money offered by the government will not cover the costs of providing childcare.

The 30 hours provision was created two and a half years ago, in what Clegg described as a “Dutch auction” between the Tories and Labour who had made similar promises.

“I remember David Cameron saying: ‘I want to shoot Labour’s fox’,” Clegg said. “I’m afraid it is a very depressing saga once again of short-term political gimmickry consuming huge amounts of public resources, not being properly delivered and actually not helping children that are most in need of help.”

The minister of state for children and families, Robert Goodwill, said: “Every child should receive the same high-quality care and support, regardless of their background or where they live.

“Our independent evaluation of pilot areas where nurseries were delivering the 30-hours offer showed that it did not have any significant adverse effects on the two-year-old offer.”