Why sponsor a child with the Parenta Trust? 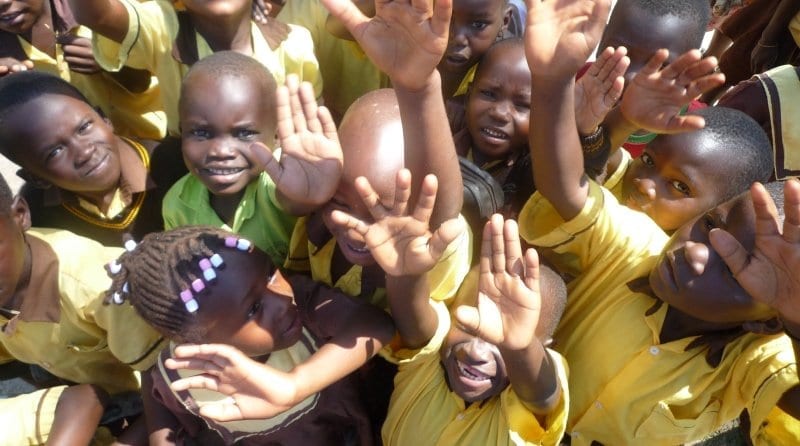 Throughout East Africa, many children are being deprived of an education. They don’t have the opportunity to reach their full potential by attending school. Their day-to-day lives are filled with domestic chores such as fetching water, digging in fields and helping to look after younger siblings.

The Parenta Trust hopes to change that. To date, the charity has built 4 pre-schools in Uganda, with a fifth one already in the pipeline.

As part of the charity’s pledge to build 10 pre-schools in a 10-year period, they also aim to have children in Parenta Trust schools matched with their very own sponsor.

The Parenta Trust’s sponsorship programme ensures the most vulnerable children are identified and provided with the assistance they need to go to school. As a result, they develop skills to enable them to break out of the cycle of poverty and hardship.

Sponsoring a child is a very special experience indeed! For £17 per month, which is less than 56p per day, a child’s life can be transformed. Sponsorship enables a child in Uganda to have an education, a school uniform, one hot meal a day, school stationery and a gift at Christmas.

We asked Debra Sinclair, our Regional Training Manager, what made her become a sponsor:

“I sponsored a child initially because I did the first Maidstone to Monaco rally, had an absolutely great time, raised lots of money and met lots of lovely new people. All these new people I met were thrown together on this 4-day adventure, however I found we all had one thing in common and that was the cause.

“Once we were back in the UK after the trip, feeling great, I wanted to see how the money we had raised was being used and that’s when my eyes really did open!

“To put things into perspective of what it costs me to sponsor Victor a month: for the price I pay for a mascara, I ensure he has a uniform, a meal and fresh drinking water every day for the month. Probably the harshest realisation of all was when I joined Weight Watchers. We all know why we have to join Weight Watchers (overindulgence). However, when I found out the cost of a monthly subscription to that was more than the cost of sponsoring Victor, I was absolutely mortified.

“What I am trying to say is the cost of what I pay for Victor is so insignificant compared to a few drinks in a bar, a ticket to a show, a new jumper and so many other things I don’t necessarily need. In comparison, the benefits Victor receives from sponsorship are endless.

“I’ve had letters from Victor thanking me, telling me about what he likes and his friends. Gradually, over the years, I’ve seen how his sentences and vocabulary have grown. It’s so humbling for me to see how Victor has grown, too. The last picture I got of him, funnily enough, was with Allan [the charity’s founder] and I couldn’t believe how much he had changed. He still had the same beaming smile, though!

“I’ve sent some gifts out to Victor over the years and was so chuffed one year when I sent him a blue football strip (blue is his favourite colour). I got a picture of him actually wearing it. It completely melted me.

“Sponsoring a child is now about making me feel good, but it’s also about the huge impact it has on the child. When I do see him, I can’t help but burst.  Every time I talk about Victor I can’t help but smile and, as I sit here writing this up, I can feel myself beaming.”

Change a child’s life today – become a sponsor with the Parenta Trust! For more details, fill in an enquiry form or email marketing@parenta.com