Celebrating Diwali – the Festival of Lights 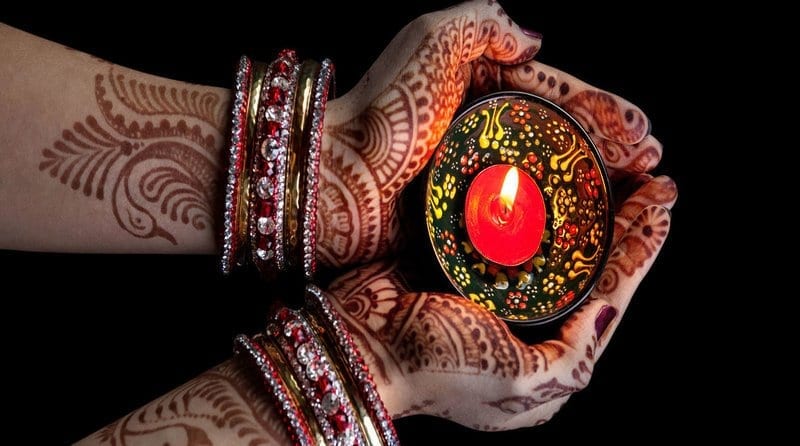 This year, Diwali falls on 19th October. It’s also known as the Hindu festival of lights.

The occasion is a 5-day festival celebrated by millions all over the world, spiritually signifying the triumph of light over darkness, good over evil, hope over despair and knowledge over ignorance.

What legends are associated with Diwali?

There are several mythical legends associated with Diwali, depending on different regions and beliefs. However, the emphasis for the festival is the restatement of the Hindu belief that good ultimately triumphs all.

Many Hindus across the world see Diwali as a time to celebrate the legend of Lord Rama and his wife Sita’s return to their kingdom after being exiled by the demon king Ravana.

To honour Lord Rama and his return after 14 years’ exile, candles are lit called “diyas” to symbolically illuminate his path and celebrate the triumph of good over evil.

What happens during this time?

The word Diwali means “series of lights” and celebrations typically involve fireworks, lighting candles and drawing colourful patterns on floors. These patterns are called Rangoli and are made using materials such as coloured rice, dry flour, coloured sand or flower petals.

The candles used at the time of Diwali are called “divas” or “diyas”. Diyas are typically made of clay, with oil used as the fuel and cotton wool as the wick.

During Diwali, it’s typical for people to dress up in their best outfits, light diyas and say prayers to the goddess of prosperity. Following these prayers, fireworks are lit and a feast is held which includes an exchange of gifts between family and close friends.

In certain West and Northern parts of India, Diwali marks the start of the Hindu New Year. Many people will say prayers during this time for a prosperous year ahead.

Suggestions to celebrate Diwali at your setting:

Are you planning to celebrate Diwali in your setting? If so, share your images with us and we’ll feature them in the next edition of the Parenta magazine!