What harm does gender stereotyping do when choosing toys for children? 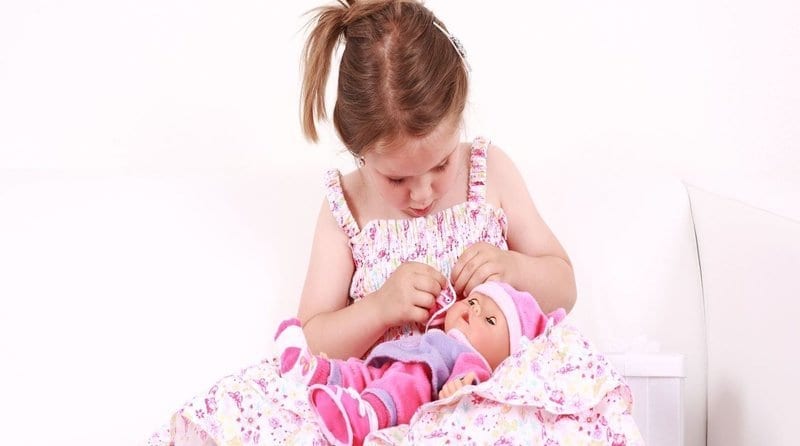 It’s commonly perceived that blue is for boys and pink is for girls. Many people would assume that boys would prefer to play with trucks and girls to play with dolls. But is this kind of stereotyping entirely harmless, or does it have some bearing on the future development and life choices of a child?

In an experiment conducted for BBC stories, the clothing of two toddlers – male and female – were swapped. Marnie became “Oliver” and Edward became “Sophie”. The intention of the experiment was to see whether an unknowing adult volunteer would choose gendered toys for each child to play with, based on what they were wearing.

“Sophie” was offered a doll and soft toys to play with. Whereas “Oliver” was given a robot, a car and a puzzle game. A bias was shown by both male and female volunteers when they were choosing toys for the children.

When it was revealed that the toddlers’ clothing did not match their true gender and that the volunteers had shown a bias towards choosing certain toys based on whether they thought the child was male or female, they were surprised. But why does this bias have any significance?

Lack of females in STEM careers

The lack of girls pursuing STEM (science, technology, engineering and maths) careers has been well documented over the years. Research by gender balance campaign WISE has shown that, in 2016, women made up just 21% of the core STEM workforce.

Research conducted by Microsoft highlighted some of the most influential factors which affected a girl’s choice as to whether to pursue a STEM career. The study, which encompassed the views of 11,500 girls across 12 countries, stated that:

The shortfall of females in STEM careers can be attributed then, in part, to the gender stereotyping experiences that children are repeatedly exposed to throughout their childhood – the kind of experiences clearly shown by the BBC’s experiment.

Campaign to “Let Toys Be Toys”

In the UK, the “Let Toys Be Toys” campaign was started by parents who were concerned about the gender stereotyping of toys. The campaign’s aim is to persuade the toy and publishing industries to stop limited children’s interests by marketing their products as only suitable for boys or for girls.

2013 saw the launch of a Toymark good practice award scheme, which is a way of recognising retailers who market their products inclusively to all children. So far, 50 toys and bookshops in the UK have been awarded the special Toymark status.

Tricia Lowther from the “Let Toys Be Toys” campaign said: “When we look at the messages children receive from toys, books, clothes and media, we can see that gender stereotypes are widespread.

“Take toy catalogues for example, even in 2017 the majority of images show us that girls are expected to be interested in dolls and beauty toys, while boys prefer building, fighting and racing. Children learn more quickly during their early years than at any other time in life and these repeated messages help form deep-seated beliefs that can be very hard to shake off later.

“To tackle gender equality we need to ensure that childhood is free of stereotypes that have a negative effect on how children feel about their place in the world.”

Find out more about the “Let Toys Be Toys” campaign here