A short history of Halloween – Ghouls, Ghosts and Ghastliness 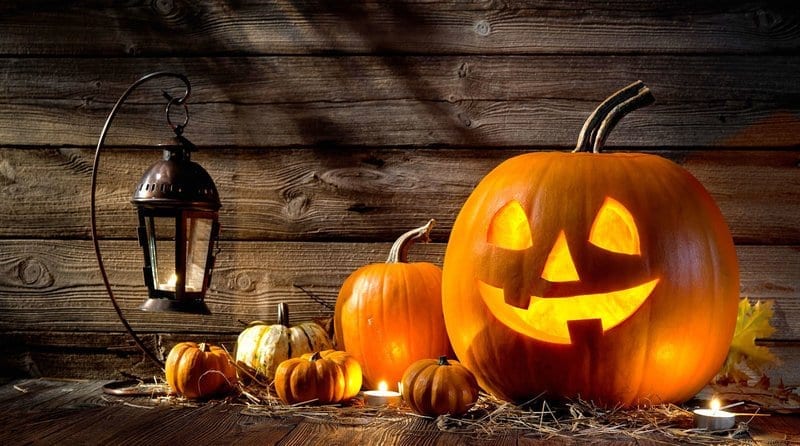 The origins of Halloween, known as Samhain, can be traced back to Celtic times.

The Celts, who used to live in Ireland, England, Scotland and Northern France, believed that times of transition were associated with magical potency. They believed the change of seasons around the time of Samhain created an opening to the world of the dead.

Samhain literally means “end of summer”, a time which marks the transition from the warmer months to the colder ones.

The Celts believed that the boundary between the living and the dead was at its thinnest on the 31st October. They thought that the spirits of the dead could roam amongst the living during this time.  As a precaution, it was customary for Celts to leave food and drink on the doorstep as offerings to the “good” spirits.

The head priests (known as Druids) of Celtic villages would light huge bonfires to keep malevolent spirits at bay. They were also responsible for lighting the hearths of individual houses with embers from this special bonfire, to protect the people inside and keep them warm.

The introduction of All Hallows Day

During the 4th Century, Christianity was a minority faith and just one of many religions practised by the wider population in Britain.

It wasn’t until the 7th Century that Christianity overtook Paganism as the dominating faith. With this change, the church introduced a celebration known as “All Saint’s Day” or “All Hallows Day”.

Originally taking place on 13th May, Pope Gregory decreed that All Hallows Day should be moved to 1st November. It was thought that the motivation behind this was to replace the Celtic Festival of Samhain with a Christian celebration.

The evening of Samhain became known as “All-hallows-even” then “Hallowe’en” before it was renamed as the celebration we know today.

Far evolved from its origins of 2000 years ago, the modern day Halloween has become increasingly family-friendly. Today’s celebrations involve dressing up in costume, carving pumpkins and knocking on neighbours’ doors for Trick or Treat.

What you will need: 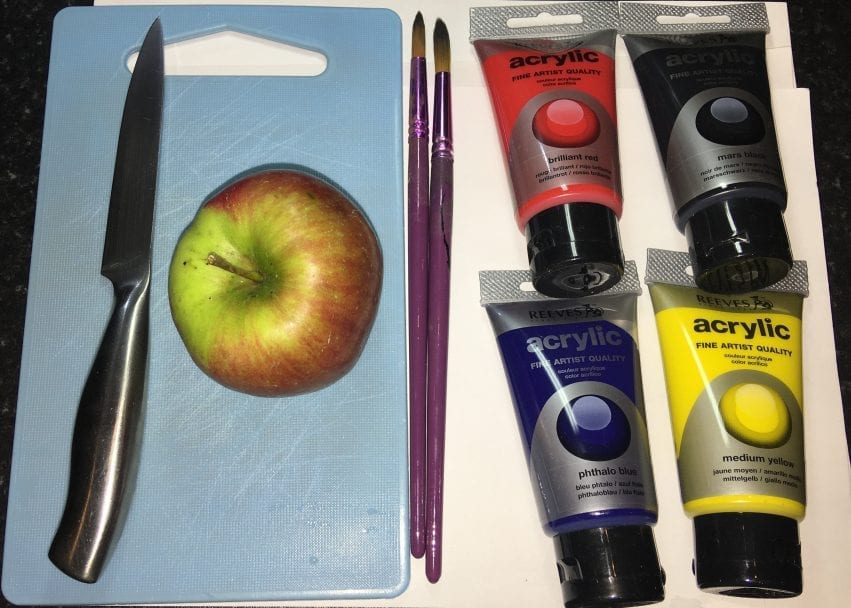 Step 1 – Put the apple on the chopping board and cut it in half. 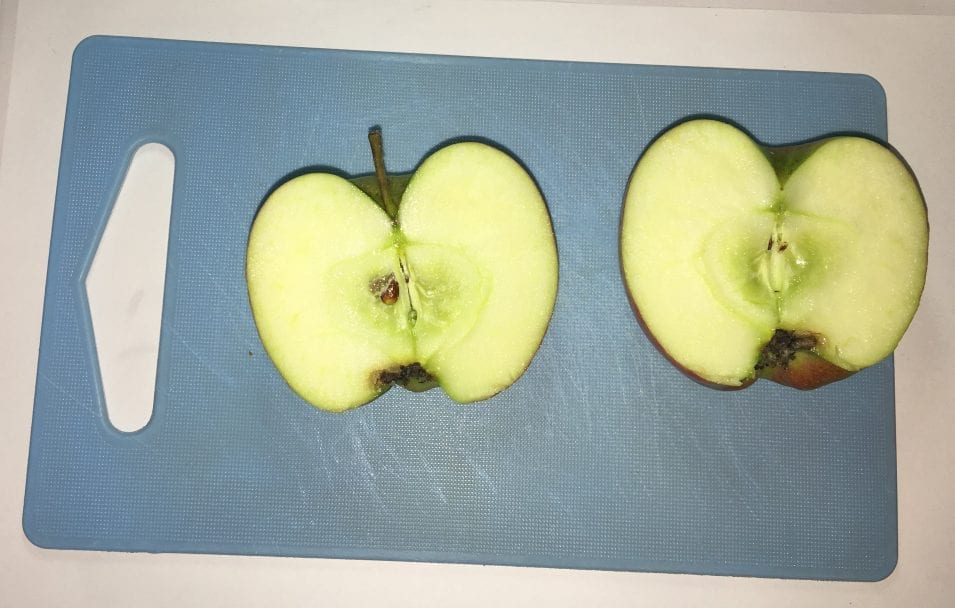 Step 2 – Mix together your paint to make the colour orange. 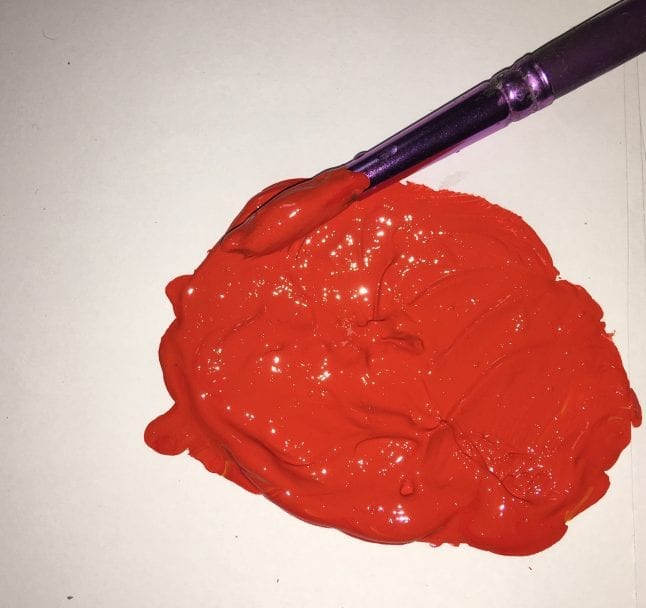 Step 3 – Place one of the apple halves in the paint, making sure it’s all covered. 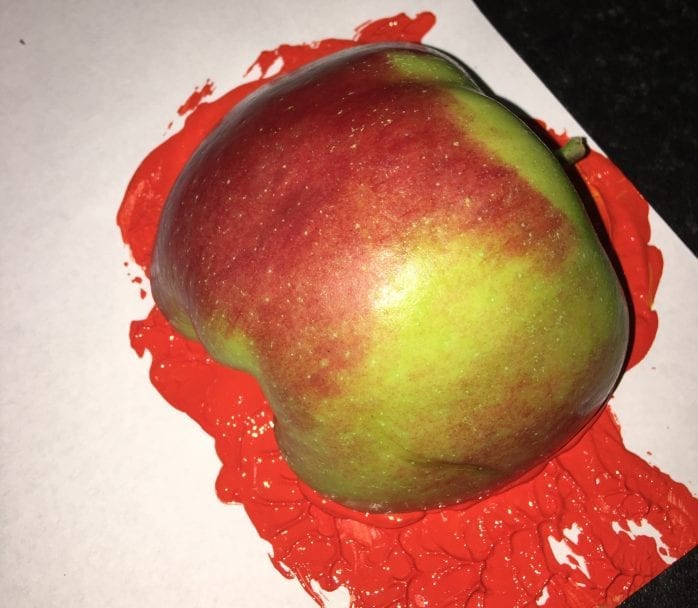 Step 4 – Stamp the apple onto a clean piece of paper. When you remove it, there should be a pumpkin shape. 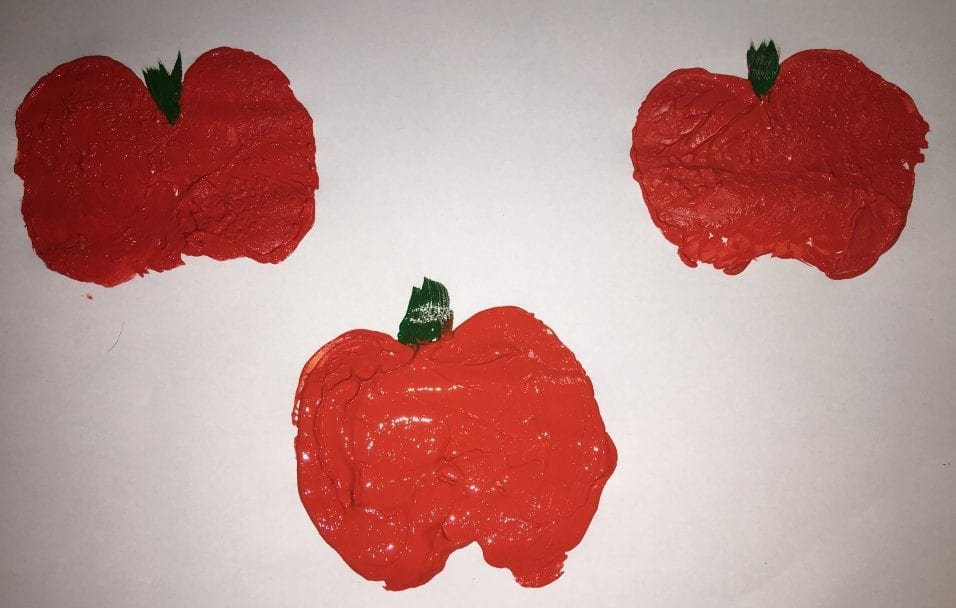 Step 5 – Mix your colours together to make green. Add green to the top of the picture to make a pumpkin stalk. 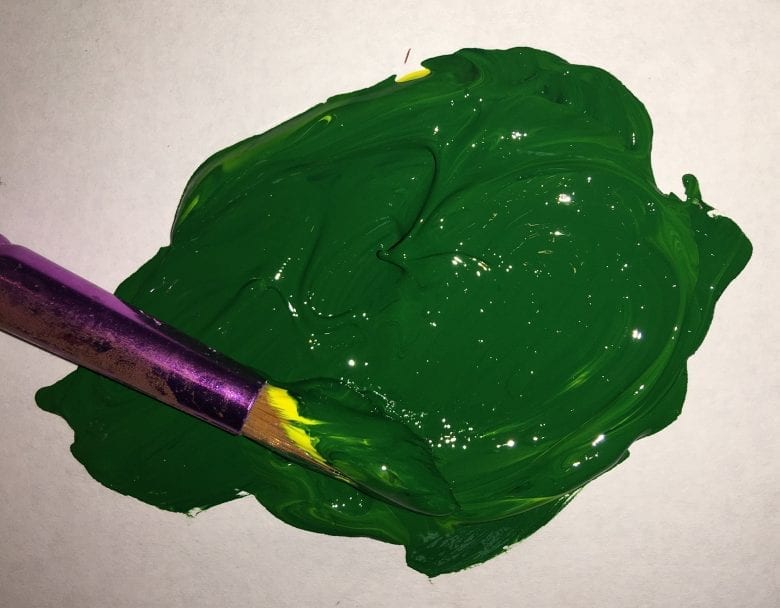 Step 6 – You can make faces with black paint or cut them out of black paper to create a frightful Halloween pumpkin. 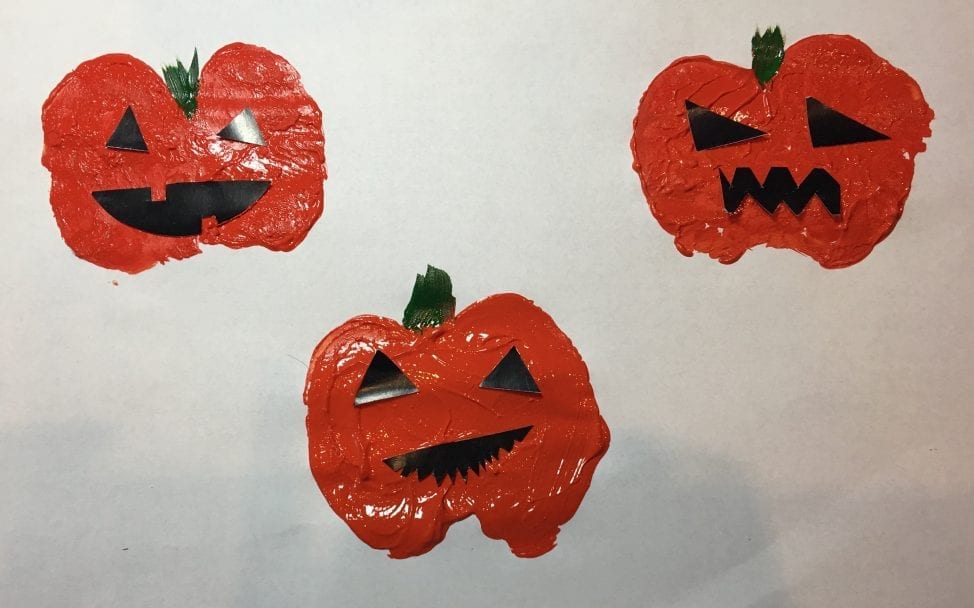