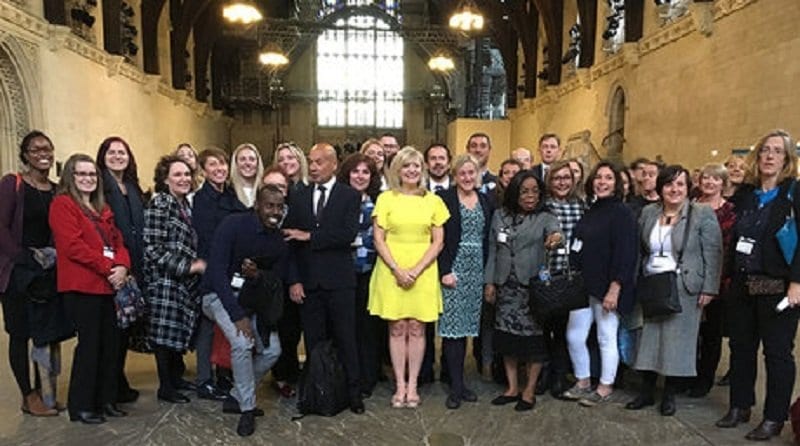 Robert Goodwill, the childcare minister, has been challenged by providers on the Government’s 30-hour policy. Nursery owners claimed that the comments he made to providers after a meeting in Westminster showed ‘a lack of understanding’ of the 30 hours funding.

In a recent debate in Westminster Hall over the 30-hour offer, childcare providers raised their concerns about the policy and its delivery. This included members of the campaign group Champagne Nurseries, Lemonade Funding (CNLF).

Mr Goodwill stated how childcare settings are now getting more money to help deliver the 15 and 30 funded hours under the early years national funding formula.

One provider at the debate was from Hertfordshire. She stated that she cannot deliver the 30 hours because of restrictions on the church hall the setting runs from, but she has agreed that she is receiving more money than before. Other settings have said this is not the same case for them.

Another setting based in Dorset has said how the rates have fallen in the area. The local authority used to pass on the full amount of funding but are now top-slicing it, as they are allowed to do so.

Donna Marie-Row, owner of Yorley Barn Nursery in Suffolk and one of the founding members of CNLF, asked Robert Goodwill what providers should do when parents say they don’t want to pay for lunches, nappies, wet wipes and paints etc. and insist their child is coming free of charge.

Mr Goodwill said he had never heard of this being reported by nurseries, but the providers attending disagreed with him. They have already called for the Government to take out the words ‘voluntary contribution’ and to state that ‘parents can expect to pay for additional fees’.

After the event, Donna Marie-Row said, “I think I speak for many in attendance at yesterday’s event when I say how frustrating it was to witness the minister’s complete lack of knowledge and understanding for his own policy, and the rules set out in the model agreement.

“CNLF would welcome the opportunity for a proper discussion. However, this should be around a table when the minister has more time. It’s quite simple, either remove the word ‘free’, remove the words ‘voluntary contribution’, or give parents the promised [expected savings] of up to £5,000 to spend at a setting of their choice.”

CNLF spokesperson Jo Morris added, “It was great to hear this vital issue being discussed in Parliament. We heard lots of examples of providers who are worried about the effects of this legislation on their businesses, which reinforces what CNLF have been saying for 18 months.

“We made an offer yesterday that we are here, ready to engage and work with the Government to find a solution that works for parents, providers, local authorities and the Government. We would welcome any opportunity to speak with the minister to really go through the issues that, as providers, are seeing daily.”

Neil Leitch, chief executive of the Pre-school Learning Alliance, said, “Yesterday’s debate should have made it abundantly clear to the minister that, while everyone wants 30 hours to work, both parents and providers feel as though it isn’t.

“The Department for Education’s policy is clear: providers can make up the shortfall by charging for lunches, nappies, and trips, but this must be voluntary. That’s an acknowledgment that funding for 30 hours falls short, and a decision that’s having a profound effect on the most disadvantaged children. That’s because, for every parent that might be more than happy to pay a little extra for their childcare place and help prop up an underfunded, unsustainable government policy, there’s another that, with the best will in the world, simply cannot afford to do so.

“Hopefully yesterday’s debate was a wake-up call for Government. 30 hours is driving providers out of business and leaving the most disadvantaged children at the bottom of the pile and ministers must now start listening to parents and providers, and stop undermining their own policy with insufficient funding.”

Labour MPs had a meeting with providers before the debate to hear their concerns about the 30 hours.

Tracy Brabin, shadow minister for early years, said, “What became worryingly clear from providers questioning Minister Goodwill was how little he appears to know about his own policy.

“When he claimed the government had increased funding rates, he was left in little doubt that wasn’t the case for the vast majority, when he was met with a chorus correcting him. This is why it’s so important attendees to parliament had the opportunity to question him, and I’m so glad that we managed to create that chance.

“Now more than ever, the minister needs to provide clarity on the charges for additional services as it’s causing confusion and difficulties for parents and settings alike.”

A DfE spokesperson said, “There are now 1.8 million more children in schools rated good or outstanding than in 2010. But there’s more to do and we remain committed to an ambitious free schools programme that delivers choice, innovation and higher standards for parents.

“We are investing an additional £1.3 billion in school funding, over and above existing spending plans. The additional investment in core schools will be funded in full from savings and efficiencies identified from within the Department’s existing budget.”