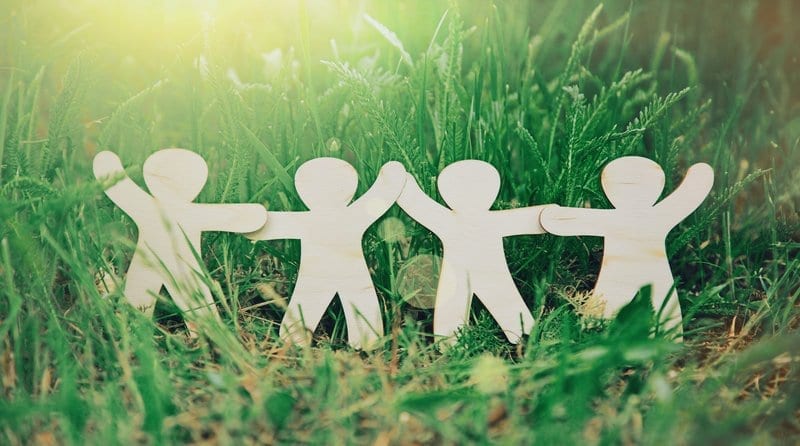 A Suffolk MP has angered the childcare sector by sending a letter advising a parent that 30 hours of childcare are split into 15 hours of early education and 15 hours of ‘childcare without a specific educational focus’.

Thérèse Coffey then refused to engage with providers in her constituency who were keen to enlighten her on the 30 hours model and the burden that childcare providers subsequently face in delivering this.

Donna-Marie Row, one of the founders of Champagne Nurseries on Lemonade Funding (CNLF), was blocked on Dr Coffey’s Facebook page after she posted a message to try and engage with the MP. Comments posted by other providers were also deleted one by one as they appeared.

On the CNLF Facebook page, Donna called for solidarity from her fellow childcare providers and said: “Shame on you Therese Coffey. As a Suffolk provider, it seems that you as a Suffolk MP wants to silence me.

“I would love a ‘voice’ but as an Early Years Provider and co-founder of the campaign ‘Champagne Nurseries, Lemonade Funding’, it seems that you want to bury your head in the sand at your mistake last week and ignore my voice by banning me from your page. May I ask why?”

The MP’s bewildering actions have sparked widespread anger from the CNLF Facebook group, which has close to 18,000 members. In an effort to get Dr Coffey to take on board the gravity that the 30 hours model presents to childcare providers in her constituency, the campaign group have published this
open letter:

As you will be aware, the recent letter you sent to Becks Hudson, a parent in your constituency, stating that the 30 ‘free’ hours of childcare is split into 15 hours of early education and 15 hours of ‘childcare without a specific educational focus’ has angered the sector.

Your letter is both factually incorrect and shows your total lack of understanding of what we actually ‘do’ and of the policy introduced by the Government in which you sit.

Furthermore, your post on your Facebook page yesterday (30/10/17) in which you quite rightly highlight the importance of celebrating the life of Millicent Garrett-Fawcett had over 100 comments from female providers including CNLF co-founder Donna Row, asking you to recognise their struggles and those of the sector due to the 30 hours; you chose to delete these comments and block some of the ladies from your page.

It is both ironic and insulting that you chose to block women who are fighting for a better deal for the female-dominated early years sector, due to them commenting on a post about a pioneer of women’s suffrage.

We have heard from several of your constituents, parents and providers that they have been contacting you and asking you to meet with them to discuss the 30 hours for over 12 months, you have yet to meet with any of them.

These constituents have tried to come to your surgery and attended a road show that you were attending where you spoke very briefly to them, which resulted in the letter we referenced above with the incorrect information.

You have also written to provider Nicola Cannon stating that you were declining her invitation to her setting as you did not feel you would learn anything new from doing so.

Given that you feel that there is a difference in the first and second set of 15 hours, it would seem that you may have learned something had you attended.

We would like to extend an invitation to meet with some of your constituents at Melton Day Nursery. There is also an invitation to Yorley Barn Nursery School, at a time and date to suit you. At this meeting you will hear firsthand the effect that this policy is having on settings, particularly the rural settings in your constituency and beyond.

This is intended to be a constructive, informative exchange of facts and ideas; we are professionals who are worried about our businesses and the sector as a whole.

We have a wealth of experience in running our businesses, trying to overcome the difficulties caused by this policy (for providers and parents) and in models of delivery that would work for all stakeholders.

We are here, ready to engage and happy to meet at your convenience, so please contact our spokesperson Jo Morris at jo@champagnenurseries.com to let us know when and where you would like to meet.

One childcare provider in Melton, Suffolk, received a personally signed letter from Dr Thérèse Coffey on the 31st October which outlined the MP’s actions regarding her public Facebook page:

“I am writing to inform you that I have taken action regarding your posting ability on my Facebook page. You are regularly contravening the policy laid out on the page that off-topic posts will be deleted. As this has happened so often, your ability to post has been removed.”

When Parenta spoke to the provider in question, she revealed that she had politely emailed Dr Coffey several times to request her support as the Parliamentary Under Secretary of State at the DEFRA.

As part of the Department for Environment, Food and Rural Affairs’ (DEFRA) Rural Life Opportunities Brief, it was announced that improving childcare provision in rural areas is now the responsibility of Environment Minister Thérèse Coffey.

Expressing her sincere disappointment, the nursery owner said: “Having sent several polite emails to open up a discussion on Early Education and invite her to my nursery, I received no response whatsoever. I then resorted to politely messaging her on Facebook and was blocked from posting on the page within 2 days.

“Dr Coffey pointed out that my comments were ‘off-topic’ and therefore they were deleted, but how am I supposed to contact her ‘on topic’ if she doesn’t post about childcare? She has given me no opportunity whatsoever to open up a discussion with her.

“The one post I did find on her page regarding a visit to a Northumberland nursery in February 2017 was subsequently deleted when I tried to post an ‘on topic’ comment.”

She added, “I’m incredibly disappointed. All I’d like is for Dr Coffey to listen to providers in her constituency and take the opportunity to understand the challenges we’re facing at a local level as my MP and at a national level in her DEFRA role.”