Remembrance Sunday – Lest we forget 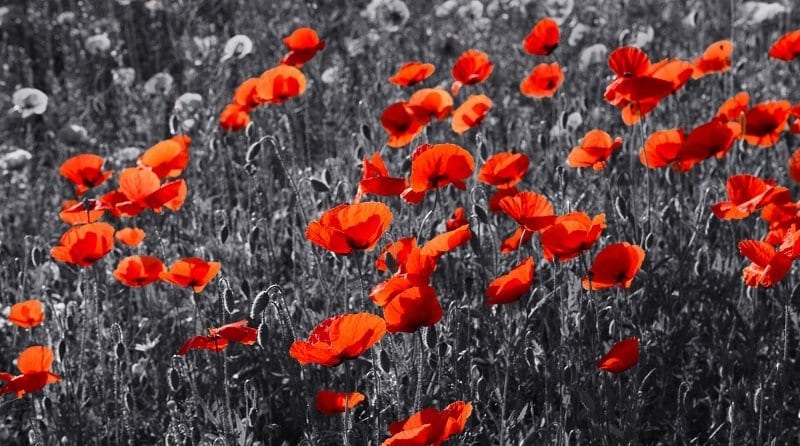 Every year, Remembrance Sunday falls on the second Sunday in November. It commemorates the bravery of British and Commonwealth servicemen and women who lost their lives in the two World Wars and the conflicts which have broken out since.

Remembrance Sunday always falls the day after Armistice Day. This year, on Saturday 11th November, Armistice Day marks the 99th anniversary of the end of the First World War.

A weekend of commemoration

Throughout the UK, special ceremonies will be held on this weekend at cenotaphs (war memorials) in various towns, villages and cities. Wreaths are laid by ex-servicemen and women, members of the British Legion, local dignitaries and organisations to pay respect to those who fought for their country and paid the ultimate price.

Every year, there is a national ceremony attended by the royal family at The Cenotaph in Whitehall, London. The Queen and members of the Government lay wreaths at the foot of this famous war memorial, followed by a service of remembrance conducted by the Bishop of London.

The significance of the red poppy

On Remembrance Sunday, many people see fit to wear a red poppy on their clothing.

The poppy has long been associated with Remembrance Sunday and this is because, once the conflict of World War I drew to a close, it was the only plant to grow on the barren battlefields of Northern France and Belgium. There are also similarities to be drawn between the blood red colour of the poppy and the bloodshed which happens during times of war.

In 1915, a Canadian surgeon and artillery commander, Major John McCrae, wrote a famous poem entitled “In Flanders Fields” about the proliferation of the poppy.  It was understood that McCrae wrote this after conducting the burial service of a young artillery lieutenant.

The poppy was also adopted as a symbol by The Royal British Legion, an organisation which provides lifelong support for people in the forces, veterans and their families. The current paper version of the poppy was introduced in 1982 and the sale of these continues to provide vital funds for the charity and their work.

In Flanders fields the poppies blow

Between the crosses, row on row,

That mark our place; and in the sky

Scarce heard amid the guns below.

We are the Dead. Short days ago

Loved and were loved, and now we lie,

Take up our quarrel with the foe:

To you from failing hands we throw

The torch; be yours to hold it high.

If ye break faith with us who die

We shall not sleep, though poppies grow