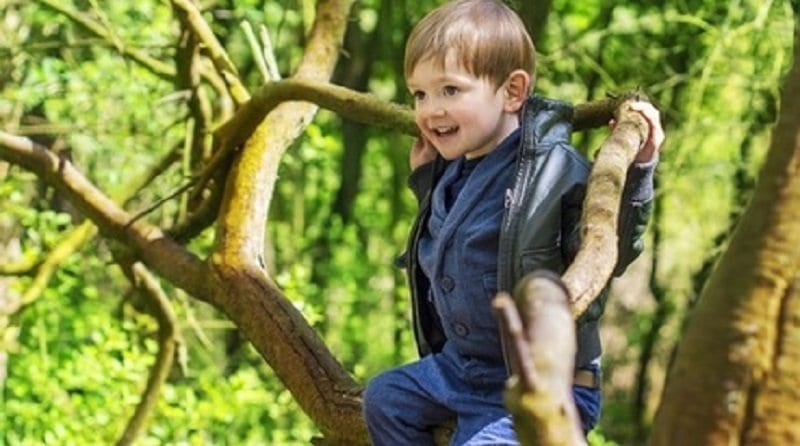 Ofsted’s chief inspector has warned that, by removing climbing frames and avoiding trips to the park, nurseries could be harming children’s development.

Amanda Spielman stated that nurseries must not avoid outdoor activities or outdoor trips for fear of the children’s health and safety.

“It goes without saying that children need physical exercise to develop their muscular strength and dexterity but it is also important that their natural instincts to discover and explore aren’t stifled. This is, after all, one of the ways they learn.”

Charity Play England has released figures stating that one in five children do not go outside and play and are more likely to go to hospital for falling out of bed than out of a tree.

Tim Gill, a childhood play expert, had stated how children are now “effectively being reared in captivity”, as there is a big fear of them being harmed and this is causing them to grow up in a cotton wool world, where “their horizons are shrinking”.

Whilst many childcare providers are averse to risky play, experts now suggest that risky play has many benefits: it can improve children’s confidence, resilience and social skills and motivate them to problem-solve. It can give children the opportunity to encounter potential hazards in play, but without putting them in any danger.

Jo Baranek, lead early years advisor at National Day Nurseries Association (NDNA), said: “There are three types of risk: emotional, physical and mental. Good risks in play include those that support children’s learning and use their imagination.”

She added: “Ninety-nine percent of the time, we find that the benefits of risky play outweigh the risks. Nursery staff need to think about how to bring parents and children on board.”

In 2015, York House Nursery in County Durham introduced real tools to children as young as two in the setting. This gave them experience with holding and manipulating tools. Critics pointed out that giving children these tools at such a young age was dangerous, as they were heavy and sharp, but advocates suggest that it can enrich children’s learning.

Barbara Corrigan, manager at York House Nursery, said: “Can you imagine digging in the garden with a plastic spade or cutting a cucumber with a plastic knife and the frustration it could cause?

“We introduced real tools with the initial idea of providing real-life experiences for our children. Incorporating these into the nursery environment has made it more inviting for the children, which in turn, has made them more focused and motivated to learn.”

Tops Day Nurseries, which has 19 settings, ensures that ‘children can be children’. This means letting them have opportunities which include using bow saws, building shelters, crossing rivers, climbing trees, jumping over a stream and building dens, all without adult interference.

A spokesperson for Tops Day Nurseries commented: “When children are allowed to engage freely in adventurous play they quickly learn to assess their own skills and match them to the demands of the environment. If unsuccessful the first time, they tend to be resilient and rebound quickly; either trying again and again until they master the situation or wisely avoid it, whichever they choose is the best decision.”

Bright Horizons Family Solutions, which operates over 200 nurseries, has incorporated the concept of risky play and has health and safety mascots to teach the children about how to stay safe during risky play.

Michelle Demirtas, the workforce learning and development facilitator, stated: “Our fundamental belief is that awareness and management of risk is a key life skill for children.

“Candy Floss, our health and safety mascot, helps even the youngest learn how to make safe choices, risk assess and manage their own safety, which are all key skills and helps set them up for a safe future. From using knives and cooking equipment safely, to crossing the road and washing hands, Candy Floss is present throughout the nursery day and helps children understand how they can stay safe both in nursery and at home.”

Some nurseries have been penalised in the past for failing to safeguard children. Ms Spielman, who was appointed in January, admitted that the inspection watchdog had ‘not always got it right in the past’ but she now wants nurseries to feel safe in allowing children to explore.

“I am acutely aware that Ofsted hasn’t always got this right in the past. I want to be sure that our inspections and our inspectors aren’t driving any of the risk-averse behaviour.

“In the next few weeks, our inspectors will be doing some refresher training on how we look at safeguarding. And I do expect future inspection frameworks to be more explicit about the balance between risk and safety, always keeping in mind the requirements of the Early Years Foundation Stage.”