What are the benefits of co-locating nurseries with nursing homes? 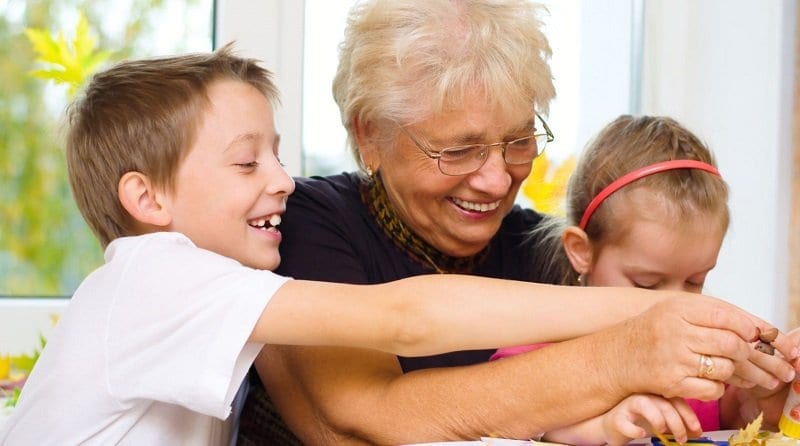 The first nursery co-located with a care home in the UK, Apples and Honey Nightingale, opened in September this year. The 30-place setting is based within a residential care home for elderly Jewish residents in Clapham, London.

Apples and Honey Nightingale is the first of its kind in many respects, rolling out a curriculum with planned inclusive activities for two generations at different ends of the spectrum.

The principal of the nursery, Judith Ish-Horowicz, said: “‘There are nurseries that have relationships with care homes, but this is the first time I’m aware of when the whole raison d’être is to have daily planned activities, particularly structured for children and residents together.”

The nursery is located in what would previously have been nurses’ quarters and a maintenance building, with its own garden area and pet corner. The residential care home has around 200 elderly residents, many of whom are in their 90s and older.

Ms Ish-Horowicz hopes that her setting will become a model for other childcare providers.

Earlier this year, a Channel 4 documentary called Old People’s Home for Four-Year-Olds saw pre-schoolers swap their nursery for a nursing home for six weeks. The programme’s makers revealed the startling statistic that 60% of care home residents never receive a single visitor. In this light, it’s easy to see why many elderly residents suffer from social isolation, loneliness and depression.

In a unique social experiment, the documentary highlighted how much the 11 residents enjoyed participating in activities with the children. Scientists took physical and mental markers of the residents’ health at the beginning of the experiment and again at the end.

One resident, who relied heavily on a zimmer frame to move around, took part in a sports day race with her 4-year-old partner. With encouragement from the child, she began running to get to the finish line! Her fellow residents remarked how amazing it was, they had never seen the lady run before.

During the experiment, many of the children formed close bonds with their elderly companions. They were able to benefit from interactions with and attention from male residents, too. In a sector which is heavily populated with female caregivers, children’s exposure to these kinds of interactions with male role models is very valuable.

The benefits of co-locating a nursery with a residential care home, however, are not just social. There are logistical and economic benefits which include sharing maintenance costs and other resources such as training, catering and HR.

Cheryl Hadland is the managing director of Hadland Care Group, which includes Tops Day Nurseries and Reside Care Home. Whilst both businesses are run by the same group, they don’t co-locate like Apples and Honey Nightingale. Instead, they link the nurseries and care homes in other ways:

“The children visit quite regularly to sing at Christmas, and share events such as Harvest Festival, fireworks, and Easter,” says Ms Hadland. “They enjoy having a snack together, looking at the pets at the care home, as well as interacting with the residents,” she adds.

The difficulties presented by co-location

Whilst it’s wonderful to see interactions between old and young unfold, blending the care of two markedly different generations can present its own difficulties too. Careful and close staff supervision is essential as both age groups are vulnerable and need safeguarding.

Another huge challenge which presents itself with intergenerational care is finding a suitable site which can be transformed to accommodate both sets of services.

As time goes on, the increasing birth rate in the UK and the simple fact that people are living longer will mean that there will be an increasing demand for childcare and residential care.

Co-locating the two services brings together two communities who have been isolated and kept apart, providing unequivocal benefits for children and elderly residents alike.

Co-location is a viable means of creating a sustainable provision and pioneers like Apples and Honey Nightingale are successfully modelling the way forward for other childcare providers.