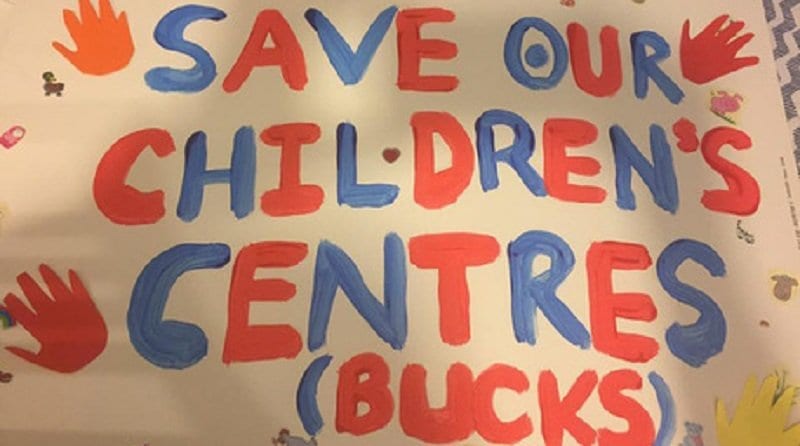 The proposal was outlined in a consultation on the 16th October and a final decision is expected in January. If the plans are given the go-ahead, it could save the council £3 million. However, it would also mean that 35 children’s centres will be closed and replaced with nine ‘Early Help bases’, which the council hopes will provide more targeted support to families.

The council has stated that there is not a consistent service for the county – some centres are not in the right area and others only provide services to children under five.

It has been said that the ‘Early Help bases’ will be located in areas where they are needed the most. Some of these bases could be run from existing children’s centre buildings or from other community venues. The council want families to be invited to activities in the venues or for one-to-one support; group sessions will also be offered. There would not be any drop-in services.

The council says that the aim of the ‘Early Help bases’ would be to connect professionals with children and families in the ‘early stages of a problem’.

Save Buckinghamshire Children’s Centres is a campaign group run by parents; they have staged a protest outside the council offices to stop the closures. The group has also launched a petition to keep the children’s centres open. So far, they have received over 2,500 signatures.

A comment on the petition under reasons for signing says, “Because we would have been lost without a friendly face, a warm welcome and a ‘you’re doing great – keep going’, all of which the lovely environment of a children’s centre provides.”