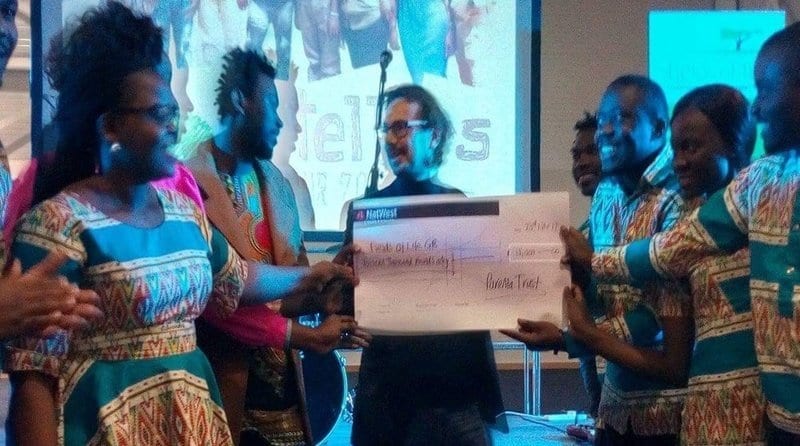 
The Parenta Trust is delighted to announce that it has commissioned its fifth pre-school in Uganda, with building work set to commence in the coming months.

The new pre-school is the latest addition to the charity’s portfolio and will be co-located with a primary school. In addition to standard classrooms, the building will be fitted with a block of latrines and a rainwater collection system.

Last year, Chief Peter Adei took off his royal black hat and donated it during a charity auction to raise funds for the education of his people. He said: “I do not have much, but I am donating my hat to be sold so that you can raise whatever you can to support us.”

Allan Presland, CEO of Parenta, put in a successful bid of 72 million Ugandan shillings for the prestigious hat. The funds have resulted in the commissioning of a new pre-school in Karamoja, northern Uganda, which will be completed next year.

The Parenta Trust trustees took the decision last year to dedicate the fifth school to a former colleague and dear friend, Dan Carlton. Before he sadly lost his hard-fought battle with cancer in December 2016, Dan visited Uganda with the charity and decided to sponsor a girl on his return to the UK.

As part of its mission, the charity is trying to find a sponsor for every child who attends a Parenta Trust school. Sponsorship, which costs just £17 per month, helps to provide the children with one meal per day, a school uniform, school supplies and a present at Christmas.

Allan Presland, the charity’s founder, said: “We are delighted that we are able to commission our fifth nursery school within five years, this time in an area of extreme poverty. This new school, which will look after up to 200 orphaned and disadvantaged children, is a fitting tribute to our friend and former colleague Dan.”

If you would like to support the work of the Parenta Trust or find out how to become a child sponsor, please visit Parenta Trust.