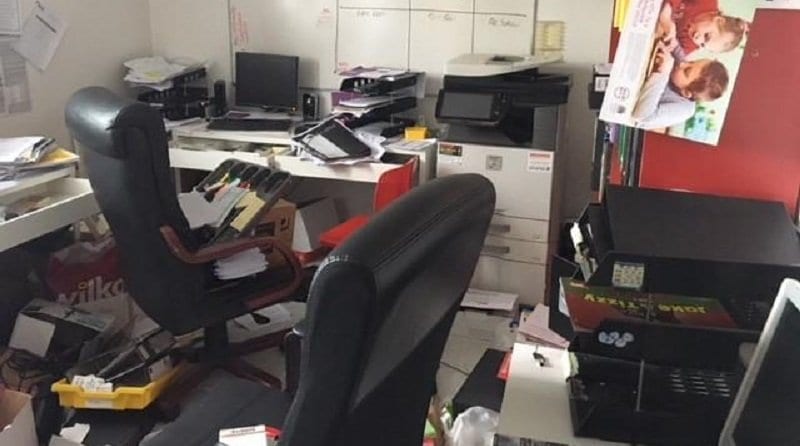 Burglars stole thousands of pounds worth of laptops from Little Einsteins in St Helens, Merseyside right before Christmas. The thieves stole eight Samsung tablets, four iPads and four laptops; these were all used by the children for learning.

The setting’s windows and internal doors were also damaged during the break-in. Detectives are investigating whether the burglary is linked to similar crimes reported by other nurseries in the town over the past month.

A crowdfunding page has been set up for the nursery to help replace the stolen equipment and this has already raised £7,000.

Nursery owner Ian Wilson said: “It’s a lot of damage to the nursery including the theft we have to fix broken windows, replace a safe and other equipment.

“My 12-year-old twin boys have kindly offered to lend their laptops to the nursery until we can replace the ones that have been stolen but we need help.

“As a nursery and family, we refuse to let the mindless act of thieves, who thought it acceptable to break into other people’s property and take anything they fancied, ruin the safe, stimulating place we provide for so many children.

“Parents could access these from home and look at photos and videos of their child’s activities during their time with us.

“We had builders in doing work, so we feel like the thieves used that as an opportunity.”

The owners are aiming to replace some of the equipment themselves. They also hope that their insurance cover will help to replace the stolen items but they are concerned as to how long the settlement will take.

Ian added: “We do have insurance, but it could take time to get that money back.

“The children start back with us on January 2 and really need the resources that have been stolen from us to guarantee they get the quality of childcare they each deserve.

“I just hope the community can help us.”

The burglary is believed to have happened between 8pm on Friday 22nd December and 11am on Sunday 24th December.

Inspector Matt Drennan from the police in St Helens said: “I want to appeal to anyone who saw people acting suspiciously close to this premise to come forward with any description or other information.

“We are speaking to the owners to offer crime prevention advice, reassurance and to explore any investigative opportunities.

“I want to make it clear that we treat any business burglaries seriously and will do all we can to try and identify those responsible and bring them to justice, and protect businesses in St Helens from the cost and inconvenience of such crimes.”

The investigation is still ongoing.

Anyone with information is asked to contact police on 101 quoting incident number 0517328762 or alternatively to contact Crimestoppers anonymously on 0800 555 111.