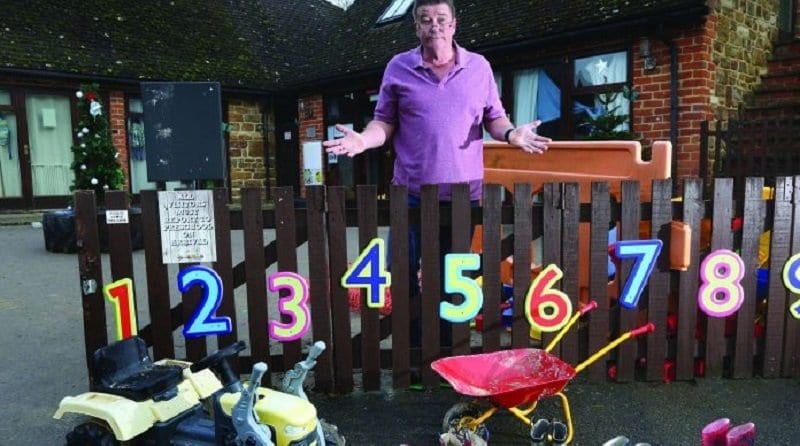 Ofsted has been accused of causing the closure of Winchcombe Farm Day Nursery in Warwickshire. Steve Taylor, who owns the setting, had to make the difficult decision to close the business on the 22nd December, with all 24 staff being made redundant.

Steve stated that the nursery has been struggling for some time and the latest Ofsted report, which rated the nursery as ‘requires improvement’, was the last straw.

Hugely increased running costs and decreased funding have all affected the business over time, with the owner putting in thousands of pounds each month to try and keep the nursery going.

The Ofsted report described how the teachers should better use assessment to plan activities and that staff do not fully support children’s understanding of families and traditions beyond their own experiences.

There were positives from the Ofsted report, such as the training of staff and pupil’s knowledge of the natural world.

In a letter that Steve sent to parents, he disputed some of the points in the Ofsted report such as their criticism of children using knives and forks to eat mashed potato, rather than a spoon.

The nursery previously had a rating of ‘good’.

In the letter, Steve states: “We know that a ‘requires improvement’ rating will severely impact on new parents choosing to visit the nursery in the New Year and is therefore effectively a commercial death sentence. This was pointed out to the Inspector at the time of the inspection but she seemed singularly unimpressed and frankly couldn’t care less. It is difficult to express my anger at the attitude taken by the inspector and the ineptitude of government departments across the board.”

Steve also stated: “It’s devastating that one person’s opinion can cause such horrendous damage. This inspection was triggered because we are planning to convert two outdoor classrooms, about 100 meters from the main building, into holiday lets and someone queried whether there could be a safeguarding issue with this. As soon as the word safeguarding was mentioned they sent their hit squad, and they said that because we have not had an inspection in a while, they would carry out an on-the-spot inspection of the whole school. Usually, you get notice of such an inspection, we had none.

“In the feedback session at the end, the inspector said the nursery was too white and middle class, saying our diversity policy wasn’t up to scratch. We presented lots of evidence and explained how we celebrate events like Chinese New Year, Eid and Australia day at the school, but she just wouldn’t listen.

“When we found out the result I phoned Ofsted and told them that a rating of requires improvement was a death sentence to a rural nursery like ours, but they just couldn’t understand it at all. If you were a parent and you looked on your iPhone, you would immediately be put off by that.

“We had 30 staff in the summer and 24 remaining who lost their jobs on 22nd December. This inspection along with the Government’s 30 hours free childcare policy has led to 30 people here going on the dole.

“This closure is a shock to staff and to parents, who can see we are a good nursery. Ofsted don’t see that they just tick a box. It’s horrible for the staff, parents, children and to me, it feels like I have wasted 15 years and hundreds of thousands of pounds.”

Steve added that parents were being supported in finding childcare for their children elsewhere and some former members of staff will be acting as nannies.

Before its closure, 59 children attended the nursery. Parents have now taken to social media to express their sadness about the nursery closing.

Stacey Newton wrote: “I couldn’t be more upset reading this. As a past employee I cannot praise the setting higher.

“Having recently visited with my own daughter, my husband and I couldn’t be more certain in the decision to send our daughter there having watched it grow into an even more exceptional place.

“This setting has been a huge part of many people’s lives and the hard work and dedication of staff past, present and founders is one of passion and sheer focus on the development of the children!

“I can only express shock and sadness and know that decisions are not always in the hands of those we wish they were.

“Thank you Winchcombe for being a place where I grew, life long friendships grew, children grew and know that there is an army of people who are feeling the devastation alongside you.”

“But please be proud that you and the team created a faultless environment for our children and you set them on a great path for which we will always be grateful.”