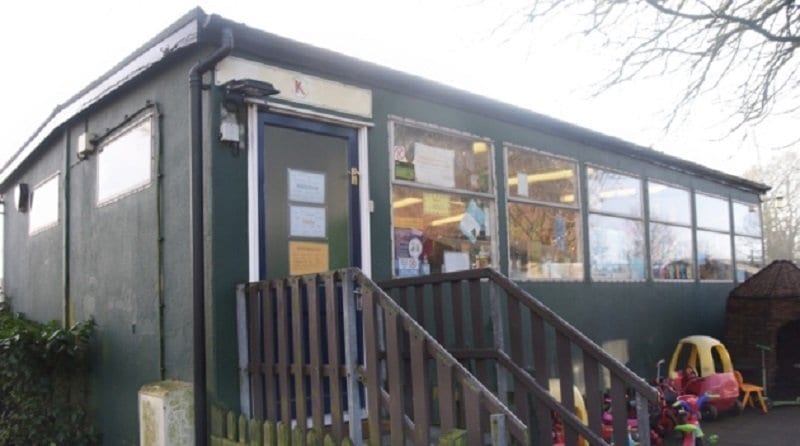 The pre-school nursery will need around £100,000 to replace its current 25-year-old crumbling mobile building. The setting has stated it needs to raise enough money for a new building or it will have to close for good.

The nursery is situated in Kenninghall, between Thetford and Diss.  The setting provides a vital service to working parents in the local village who may not have the time to travel further to another nursery or pre-school.

Kenninghall Pre-school Nursery has spent 25 years in the same mobile classroom, which is now showing signs of wear and tear.

“We are at a point where a survey has been done and it has not got a long shelf life left,” said pre-school chairman Heidi Glendenning.

“The scenario at the moment is that if the building were to fall down tomorrow, we’d be stuck. We have no other facilities to move the pre-school to.

Organisers have said that the cost of replacing the current premises with another mobile classroom would cost £60,000, but Mrs Glendenning said: “We’d really like it not to be a mobile classroom.”

Mrs Glendenning said that the pre-school now needs more space, including a quiet zone and music area. She added, “It’s better for their learning. It’s just a better environment for them.

“We’d like to offer more facilities but in a mobile classroom we just can’t do that.”

Organisers estimate that they will need around £100,000, although the final cost can change depending on where they can build and the size and the type of building they want.

“We’re in the village and we’re heavily relied on by parents round here. Some families share a car and can walk to the pre-school.

“It’s really important for the village to keep the pre-school.”

Fundraisers will pursue grant money, but it is likely many donations will also be needed from the public.

The nursery is planning on holding fundraising events for the public to attend.

Anyone who is interested in helping Kenninghall Pre-school Nursery’s campaign should email Mrs Glendenning on hdawno@hotmail.co.uk.