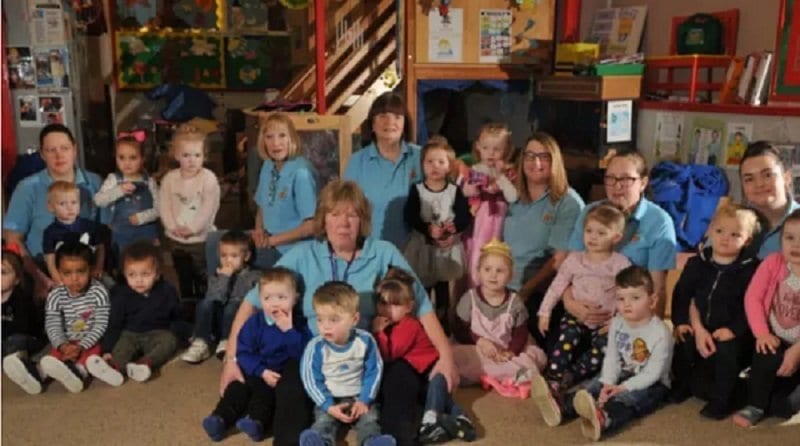 Busy Bees in Blackpool will be closing its doors on the 31st January. Its closure has been blamed on falling numbers and a lack of government funding.

Nine members of staff are now going to be out of work and the parents of 25 children will have to make other childcare arrangements.

The manager, Julie Thomson, has worked at Busy Bees for the last 22 years and said: “We are distraught and we have only been given two weeks’ notice.

“Busy Bees has always put children first and at the moment we are finding it hard.

“This would have been our 30th year and we serve a deprived area of Blackpool, and now we are shutting down.”

Parents have said how their children are now facing the disruption of changing nurseries.

Chelsea Singleton said: “My little boy Charlie, who is two, only started here a couple of weeks ago and he absolutely loves it.

“It took a lot for him to come here so I’m worried about settling him into another nursery.

“This is also the closest one to where we live and other nurseries either don’t have places or are too far away.”

Daria Kolodziejczak, whose two year old attends Busy Bees, said: “It’s really difficult to find places for two-year-olds, so I’m worried and this is also a really good nursery. My daughter knows everyone here but now I have to move her.”

Michael Lindop, a former chairman for the Busy Bees committee, had his elder daughter attend the nursery and his 4-year-old son. He said: “The staff here are amazing so I’m devastated it is closing.

“Ryan has had a barrier with his language but they have done an amazing job with him here, getting him referred to the right places and now his speech is fluent.

“It’s the end of an era now it’s closing. I hope the staff find jobs somewhere else, and I’d like to thank them for everything they’ve done.”

Sue Lambert has worked for Busy Bees for 18 years and added: “It’s so sad to see the whole thing go because it’s been a pleasure working here with all the staff and the children.”

Busy Bees originally operated from a church hall before moving to its current building, based at the Salvation Army on Raikes Parade. It is a registered charity and has a capacity for 40 children in total.

Carol Webb, a Busy Bees trustee, said it was a difficult decision to close the nursery, adding: “A lack of government grant funding has put us in a position that means we can no longer continue.

“The policy of funding 30 hours has put our model of term time care under threat because we can offer only 27 hours.

“We have also struggled because we have not been getting enough children in.”