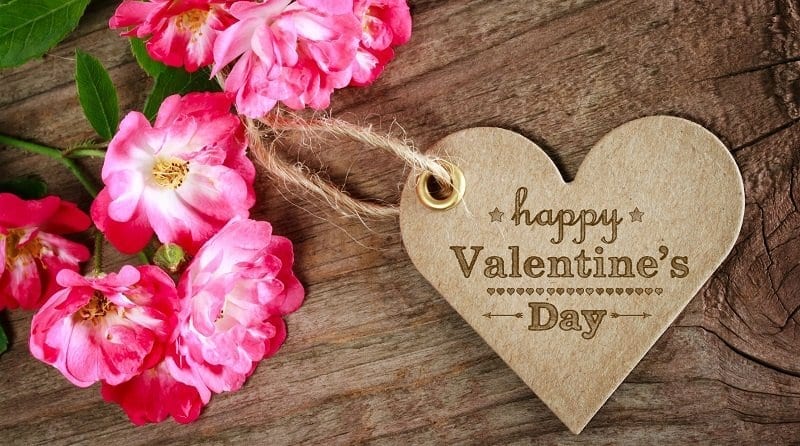 The date is fixed every year: 14th February. We all know it as a time for exchanging cards, chocolates, flowers and other sentimental gifts with our loved ones. But how did Valentine’s Day come about and who was St. Valentine?

Some believe that Valentine’s Day commemorates the death of Saint Valentine in the year AD 270. Valentine was sentenced to death by Emperor Claudius II for helping Christian couples to wed in secret. At the time, the Emperor had banned marriage as he believed single men made better soldiers.

Whilst imprisoned and awaiting his fate, Valentine fell in love with the jailer’s daughter. He wrote her a letter on the day of his execution which was signed affectionately “From your Valentine”.

The first official Saint Valentine’s Day was declared on 14th February by Pope Galasius in 496. The skull of the martyred priest is currently on display in Rome at the Basilica of Santa Maria in Cosmedin, adorned with a crown of flowers.

There is another theory that Valentine’s Day originated from a Roman fertility festival known as Lupercalia. During the celebrations, boys would draw the names of girls from a box and the pair would be partners during the festival. Sometimes these couplings led to marriage. This practice was eventually outlawed at the end of the 5th century by Pope Galasius who declared the 14th February to be St Valentine’s Day.

Valentine’s Day became more popular during the 18th century in England. Victorian lovers would send gifts such as trinkets and flowers to their partners. The day became commercialised in 1913 with the launch of Hallmark’s Valentine’s Day cards in Kansas City.

In the UK, around 25 million cards are given on this special day and around £1.3 million is spent on Valentine’s gifts each year.

Make a dent in the middle of the cardboard tube to make a heart shape. 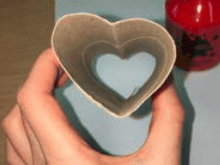 Dip the tube into the red paint. 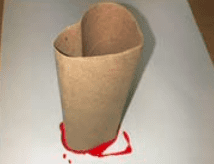 Stamp the tube onto some paper to make heart stamps. 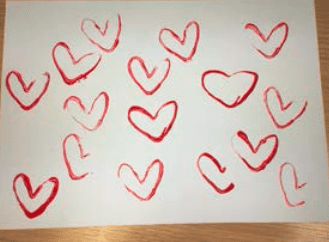