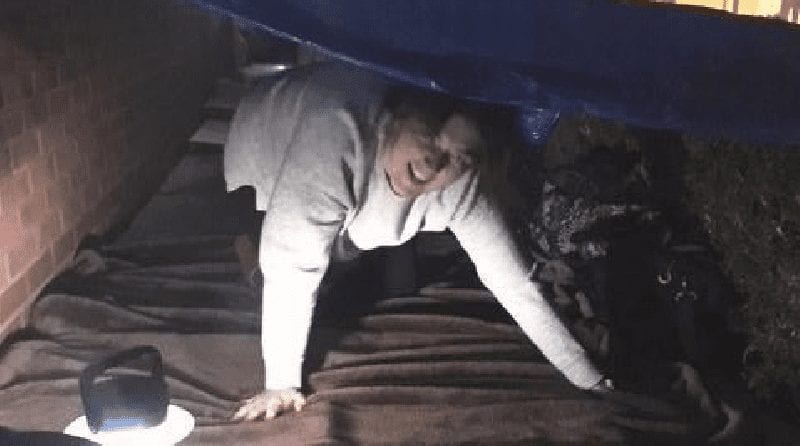 Three members of staff from Windmill Hill Day Nursery in Swindon raised more than £12,000 for the Alzheimer’s Society by sleeping out in cold and showery conditions.

After spending the night in sleeping bags on flattened cardboard boxes, the colleagues from Windmill Hill Day Nursery said how this highlights the difficulty for the homeless at this time of year.

“We all know someone who is living with dementia so despite of what the night might bring we are here until morning.”

Amy Beth, the nursery’s charity representative, said: “One cold and uncomfortable night is nothing compared with the good that can be achieved with the money we have raised.”

Emily, an apprentice at the nursery, said: “The support shown by colleagues, nursery parents, friends and family have been great.

“We want to say a big thank you from the Big Sleep Out to everyone that got involved.”

Georgie Davies, from the Alzheimer’s Society fundraising team, said: “It’s incredible to see the team braving the cold January weather to show their support and to raise money for the Society.”

The money raised from this event will help provide vital information and support for people affected by dementia.