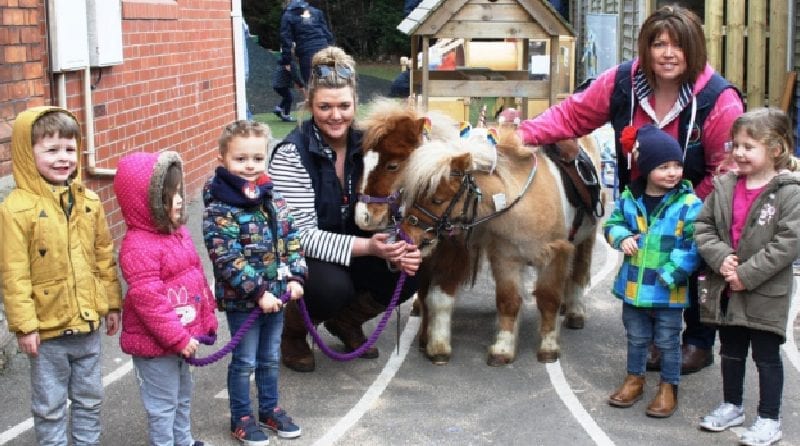 Shetland ponies from Sperrings Farm and Equestrian thoroughly enjoyed letting children pet them after they were taken to The Nursery in Portishead last week.

The children were amazed that the ponies had come to visit and they all showed a great deal of curiosity by asking all sorts of questions; from what ponies like to eat to where they sleep at night.

The children also enjoyed brushing the ponies and putting headbands on them.

Animal owners Bex and Sally Letts said: “The ponies are used to children due to the amount of pony parties and play dates we hold at the farm. The ponies love all of the attention.

“We decided to visit nurseries because while most children have come across pets like cats and dogs, some children have never been up close with horses or ponies.”

The nursery’s owner, Jackie Hardie, said: “The children can gain so much from an animal visit like this. It allows them to learn more about looking after animals.

“It also helps their sensory development, but above all its lots of fun.”