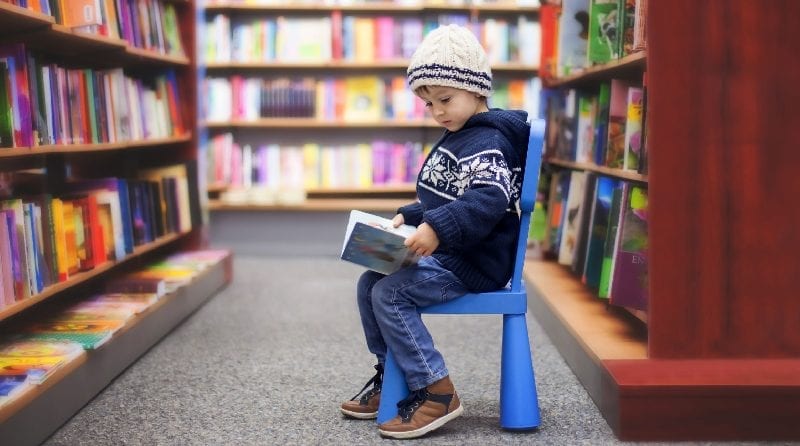 An annual survey has revealed that just 51 percent of children aged 3-4 were read to daily last year, down from 69 percent five years earlier.

More than 1,590 parents took part in the Understanding of the Children’s Book Consumer survey by Nielsen Book Research last autumn.

Three in five parents of young children said that they worry about the amount of time their child spends in front of a screen.

Publisher Egmont said the decline correlated with an increase of almost a fifth in the number of toddlers watching online video content daily between 2013 and 2017. It warned that the steep decline in three and four-year-olds reading and being read to signalled a ‘significant threat to child development, with potential long-term social impact.’

Another key finding from the survey was that parents felt anxious and uncomfortable about taking ‘disruptive’ children into a library.

Alison David, consumer insight director at Egmont publishing, said: “It’s essential that parents understand the benefits that reading for pleasure will bring both them and their child. As an industry, we have a responsibility to help parents: if a parent isn’t enjoying reading to their children or visiting bookshops, it’s very difficult to nurture a love of reading in the child.”