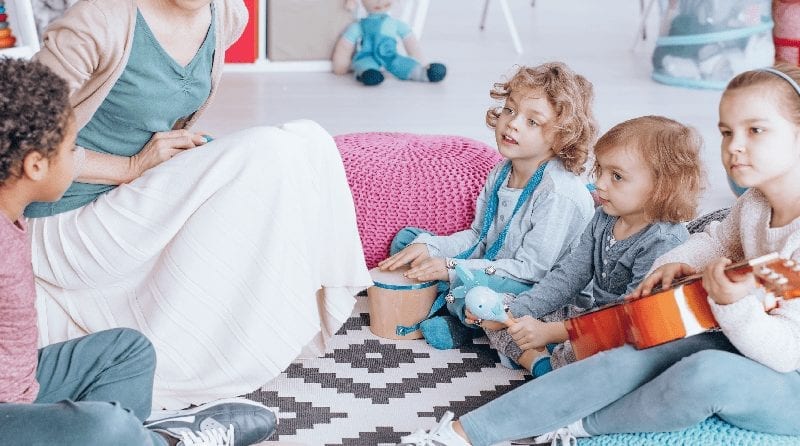 Nursery rhymes are a staple part of life in an early years setting. You sing them, act them out and read them to your children. But did you know that nursery rhymes go back as far as the 18th century? Despite being introduced hundreds of years ago, the effect that nursery rhymes have on children is profound. They have the ability to spark young imaginations, help pre-schoolers get to grips with literacy and can even teach children about morality.

But nursery rhymes have other benefits, too. Did you know that they’ve been used as predictors of a child’s future literacy development? In her book ‘Reading Magic’, former literacy professor and author Mem Fox states that:

So it would seem that – far from just being fun to recite and practice – nursery rhymes can help children to become great readers and writers in later life!

Through repetition, nursery rhymes are an ideal tool to help children learn new vocabulary. Think of Twinkle, Twinkle Little Star where children are introduced to words such “diamond”, “sky” and “high”. Rhyming also helps children to focus on the different sound patterns we use in oral language.

Nursery rhymes are a great way for children to get an understanding of powerful word devices in writing. For example, sounds like ‘bang’ and ‘whoosh’ are examples of onomatopoeia (words which sound like what they’re named) and the repeated ‘b’ in Baa Baa Black Sheep is an example of alliteration. As children get older, they may choose to use these tools to bring their own writing to life.

When children watch a TV programme or follow an illustrated book, they’re fed images which they must simply absorb. In contrast, listening to a nursery rhyme helps children to actively engage in using their visualisation skills. They must use their imaginations and memory skills to piece the narrative together.

Although short, nursery rhymes often tell a story which has a traditional beginning, middle and end. These will be some of the first stories children will be able to follow and understand. Listening skills help children understand how a sequence of events unfolds in a story and lays the foundation for developing their reading skills.

Babies in the womb can recognise nursery rhymes!

Did you know that babies are also able to recognise a nursery rhyme before they’re even born? In an experiment carried out by the University of Florida, pregnant women recited a rhyme to their unborn babies three times a day for six weeks, starting at 28 weeks of pregnancy.

To determine whether their baby could remember the rhyme, all mothers were asked to stop speaking the passage at 34 weeks. The babies were tested again at 36 and 38 weeks to see if they could remember it.

Researchers used a foetal heart monitor to track the babies’ responses. A small slowing of the baby’s heart rate was considered a sign that the baby was familiar with a sound stimulus. It was important not to have the mother recite the rhyme for the tests, as babies typically react to their mother’s voice.

Tests showed that the baby’s heart rate began to respond when the familiar rhyme was recited by a stranger’s voice by 34 weeks pregnancy. The study’s findings confirmed that babies could, in fact, memorise nursery rhymes and passages whilst they were still in their mother’s womb.