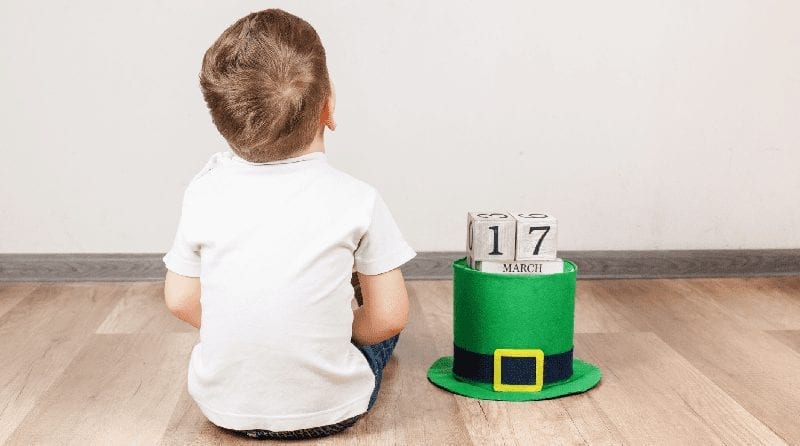 St Patrick’s Day is an annual event which celebrates one of the most prominent patron saints of Ireland. It’s held on the same day every year – 17th March – and is often associated with drunken revellers holding pints of Guinness, wearing green clothing. But who was this saint and what’s the true history behind this iconic day?

St Patrick’s Day is said to mark the death of the saint on 17th March 461 AD. However, it wasn’t until the 17th century that the saint’s death became an officially recognised Christian celebration. In 1903, the day became a public holiday in Ireland.

The traumatic early life of the saint

St Patrick was thought to have originally been called Maewyn Succat. His name changed to Patrick in later life when he became a bishop. Maewyn was born to wealthy parents in England. However, when he reached the age of 16, his life changed forever. Irish raiders invaded his family’s estate and he was taken to Ireland as a slave. The raiders sold him to a farmer who lived in Antrim. He spent the next 6 years as a slave-shepherd, tending the flocks of an Irish chieftain in Ulster. He lived in isolation from other people and, during this time, became closer to his faith.

One day, he had a dream in which God told him to escape and that a ship would be waiting to take him back to England. He seized his chance, walking 200 miles from County Mayo to the Irish coast, and managed to return to England.

When he was back in England, it is said that he received a second ‘visitation’ by God in a dream. He believed he was being asked to become a missionary and go back to Ireland to convert Irish pagans to Christianity. He spent the next 15 years undertaking religious training to become a bishop.

In 432 AD, Patrick returned to Ireland as a missionary and began his work in northern and western Ireland, where no one had preached Christianity before. Local people were astonished that he understood their customs and ways of life, which he had learnt from working as a slave-shepherd. He gained the trust of the locals and soon made many converts.

Patrick spent the next 30 years establishing churches, schools and monasteries across the country. He is said to have founded more than 300 churches and baptised more than 120,000 people.

When was St Patrick sainted?

It may surprise you to learn that St Patrick is not officially a saint! Although millions celebrate St. Patrick’s Day around the globe, Patrick has never been officially declared a saint by the Catholic Church.

The Irish have observed St Patrick’s Day as a religious holiday for over 1000 years. On the day, the rules of Lent were lifted so that people could enjoy the consumption of meat and alcohol. Those celebrating would dance, drink and feast – which is possibly where the day has got its boozy reputation from.

St Patrick’s Day is celebrated in many different ways all over the world. For those who take part, it’s customary to wear shamrocks (a three-leafed clover) as the saint used these as a way of explaining the Father, Son and Holy Spirit to the pagans he was trying to convert to Christianity.

On this day, it’s also very common to find people wearing the colour green, as Ireland is commonly known as the “Emerald Isle”.

In November 1995, the Government of Ireland created the St Patrick’s Day Festival. The very first festival was held over just one day and one night, back in 1996. Today, it has grown to become a 4- to 5-day event.

This year, the St Patrick’s Day Festival will be held on 15th March in Dublin.

Tips to celebrate St Patrick’s Day at your setting: