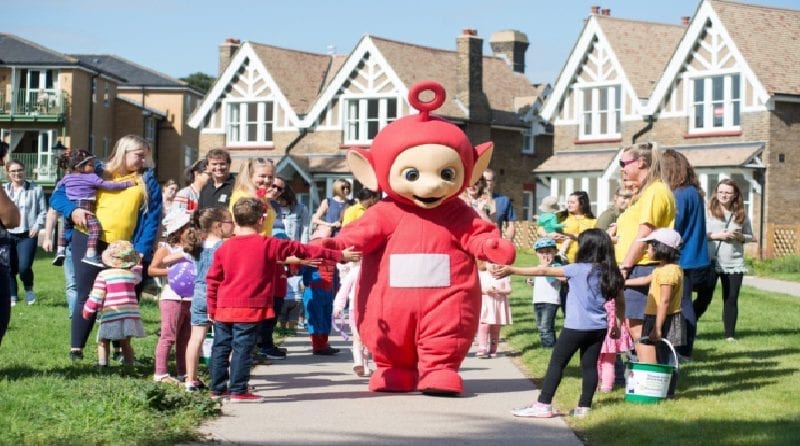 Toddlers are teaming up with Teletubbies again after helping to raise a total of more than £260,000 for vulnerable children last year.

Children’s charity Barnardo’s, whose head office is in Barkingside, is encouraging toddlers, parents, playgroups and pre-schools to get involved in the Big Toddle fundraising week from June 18 to 24.

The Big Toddle is a great opportunity for under-fives to have fun with friends and families and raise money to help disadvantaged children.

The children often get involved by completing a sponsored walk in fancy dress.

Lyn Gradwell, director of Barnardo’s in London, said: “East London is full of fantastic parks and green spaces so I hope local groups will embrace this year’s nature theme and get imaginative with fancy dress.

“The Big Toddle is a great opportunity for under-fives to have fun with friends and families and raise money to help disadvantaged children, and I want to say a big thank you to everyone in Redbridge who helped make such a difference in 2017.”

Last year, events run by under-fives groups across the London borough of Redbridge raised more than £1,800 towards the total of £265,350.

Last year, more than 272,000 children, young people, parents and carers were supported by Barnardo’s through more than 1,000 services across the UK, including young carers, care leavers, foster carers and adoptive parents, training and skills or parenting classes.