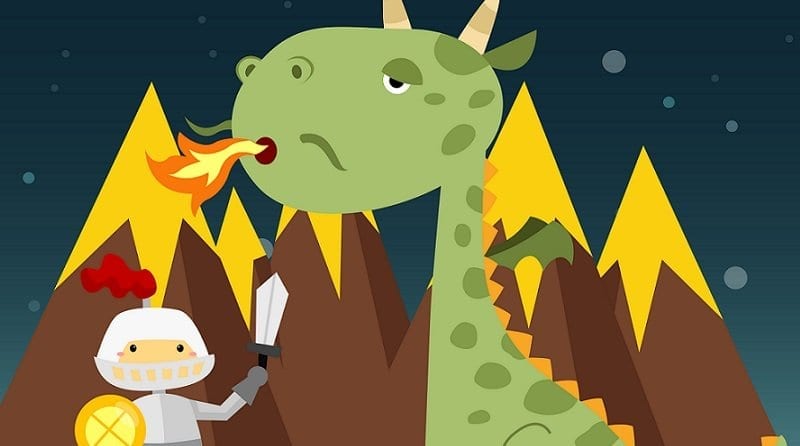 Celebrated every year on the 23rd April, St George’s Day remembers England’s patron saint. Legend has it that he slayed a dragon and, in doing so, saved a princess from being eaten by the ferocious beast. Separating fact from fiction, here are 6 things you may not have realised about
St George:

Although commonly shown as a knight mounted on horseback, St George was actually a soldier. Aged 17, he joined the Roman army and quickly rose through the ranks to become Emperor Diocletian’s own personal guard. However, he fell foul of the Emperor when he protested against the persecution of Christians. The Emperor was himself a pagan. St George was later imprisoned, tortured and beheaded on the 23rd April, AD 303.

St George was born in Cappadocia (now Turkey) in the year 275 and died in Lydda (now Palestine) in AD 303. Even though he wasn’t English, St George represents classic English chivalry and bravery. During the 12th century, King Richard I adopted the red and white banner of the saint for the protection of his army.

St George was killed because he refused to denounce his Christian faith, which made him a martyr. It was said that the Emperor’s own wife was so inspired by his bravery that she converted to Christianity herself and was subsequently killed. However, it wasn’t until AD 494 that Pope Gelasius formally recognised St George as a saint. In 1348, St George became the Patron Saint of England.

St George and the dragon first appeared in a book about the lives of saints, which was published in the late 15th century. Legend has it that the only well in the town of Silene (now Libya) was guarded by a dragon. In order to get water, the townspeople had to make a daily human sacrifice. On the day that St George visited the town, a princess had been chosen to be sacrificed. The fearless soldier is said to have killed the dragon and earned the gratitude of the town’s inhabitants, who converted to Christianity.

In Britain, St George inspired the creation of medals which recognise bravery and heroism. During WWII, King George VI introduced the George Cross – the second highest award that a military person or civilian can earn after the Victoria Cross. The George Cross medal features the saint slaying the infamous dragon on his horse.

It isn’t just England who have recognised the saint’s bravery. St George is also the patron saint of other countries including Greece, Portugal, Russia and Ethiopia. The most widely recognised symbol of the saint is a red cross on white background. This colour scheme is used as England’s national flag. It also forms part of the national flag of the United Kingdom.

Tips to celebrate St George’s Day at your setting:

Share photos of your St George’s Day celebrations by sending them to marketing@parenta.com!